This is no Jedi Mind Trick. I got this great find of Star Wars games and I am super psyched about it! There were five board games and almost 500 cards from the Star Wars Collectible Card Game. Here are the five board games I found:
One of the games was brand new and still in the plastic wrap and the others were all complete and in very good condition. Amazing! In future posts I will go into greater detail on each of these games. Read below to learn more about these finds.

Star Wars Epic Duels (2002)
This is without a doubt the rarest and best game in this lot. I am very excited about playing this one! Players get to have individual battles between famous Star Wars characters (which are nice, painted miniatures) like Darth Vader, Obi Wan Kenobi, Boba Fett, Mace Windu and many more.

Star Wars LIFE - A Jedi's Path (2002)
The classic game of LIFE meets Star Wars. Players have to choose between the becoming a Jedi Knight or a Sith Lord. This game is in like new condition. 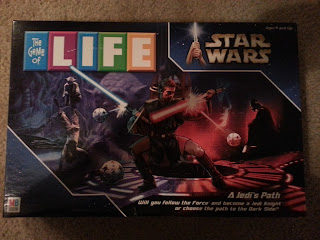 Star Wars Saga Edition Chess Set (2004)
I love chess sets and I love Star Wars so this game is pretty awesome. The pieces are cool, but they are plastic and the board is a typical board game type board. 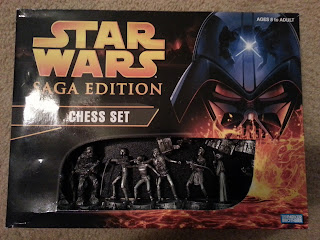 Star Wars: Episode I -  Battle for Naboo 3D Action Game (1999)
Brand new, in the shrink wrap. This game features cool Star Wars sculpted figures, a multi-level game board and a catapult! This one looks like fun and I really think my kids will love this one. 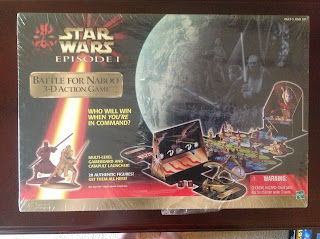 Star Wars Saga Edition Trivial Pursuit DVD Game (2005)
This one comes in a cool, tin box and has some pretty nice components. 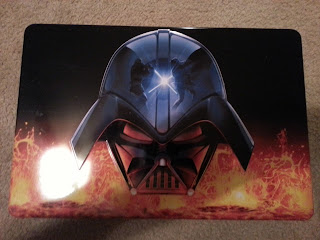