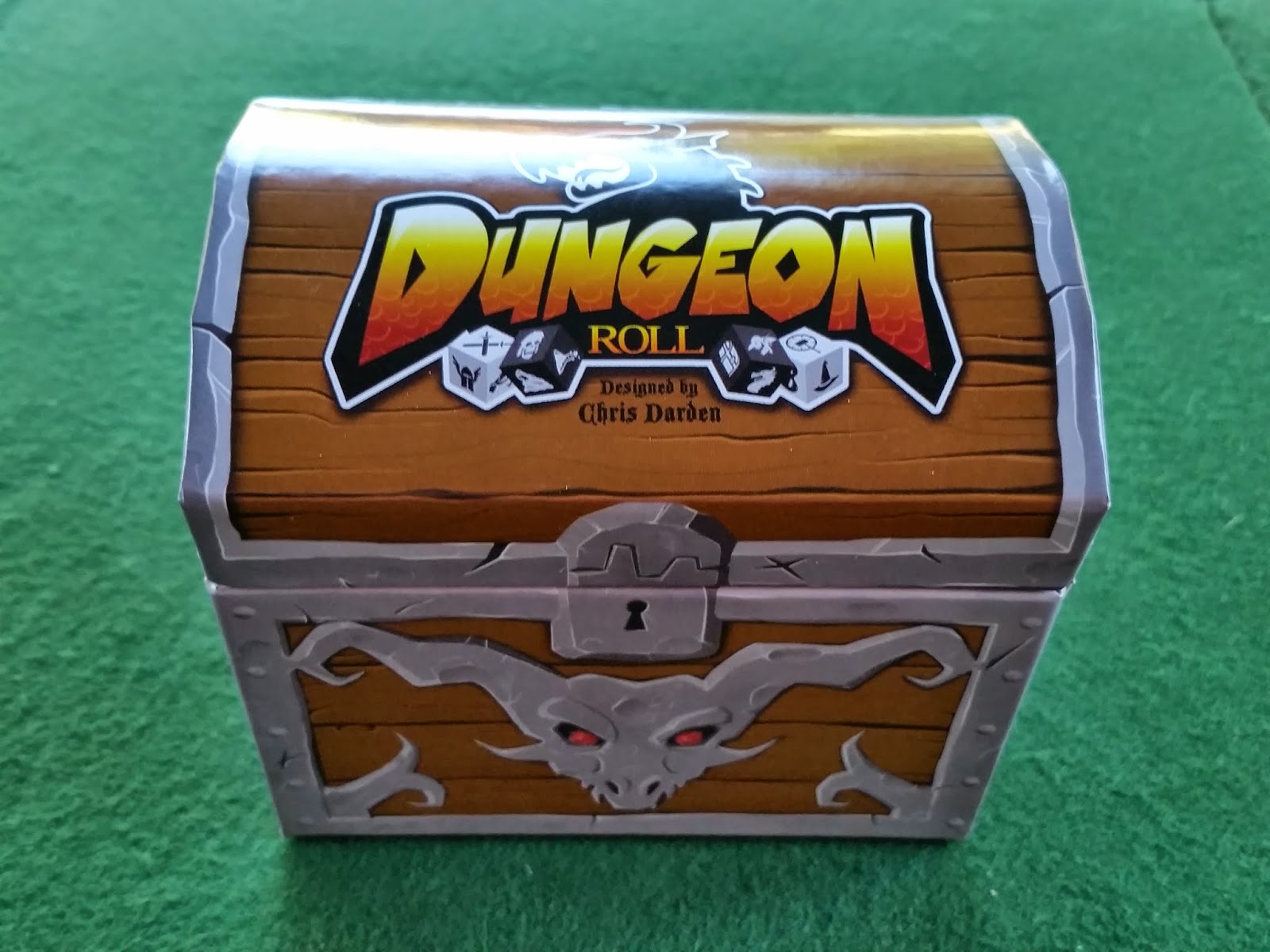 Dungeon Roll is a dice rolling dungeon crawl where you try to delve as far into the dungeon as possible. In the box/treasure chest you get.....

24 Experience Tokens
These come in denominations of 1, 3, 5 and 10 and you will receive them based on how far you delve into the dungeon and for defeating a dragon. 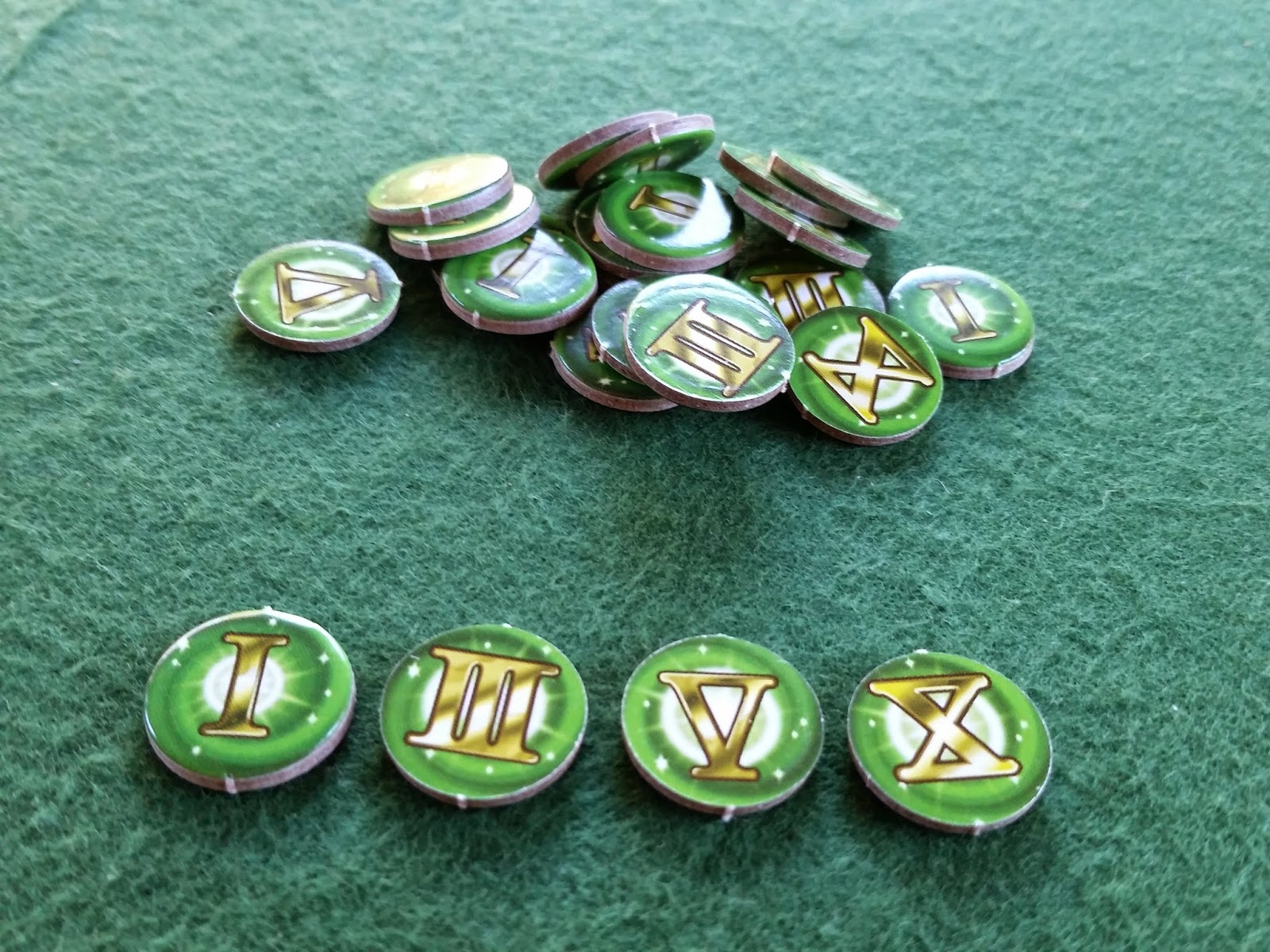 36 Treasure Tokens
You will receive treasure tokens for opening treasure chests during your delve and for defeating a dragon. 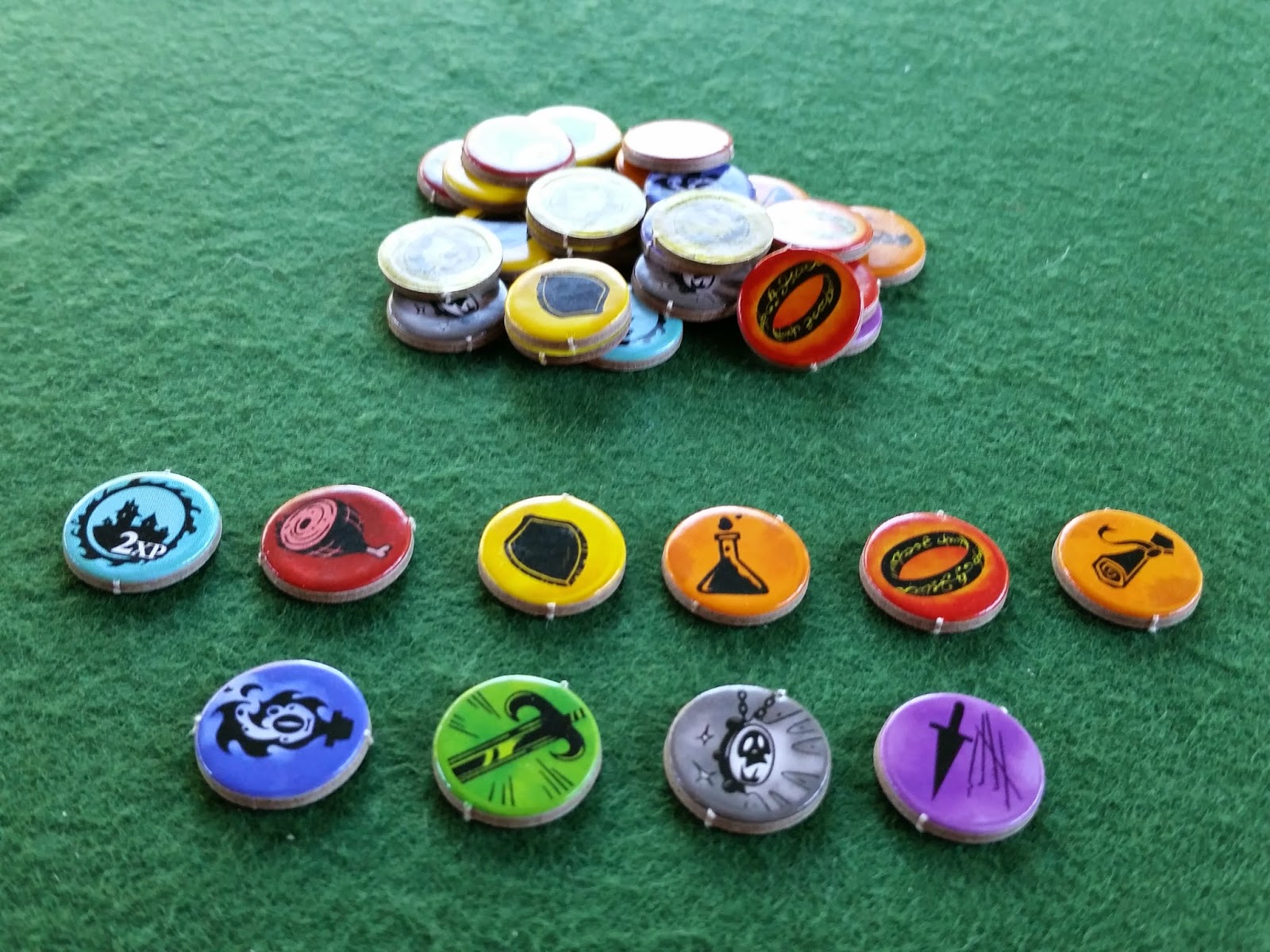 7 Party Dice
There are seven dice with 6 different icons.
All these are used as party members, except the scroll, which can be used at anytime to re-roll any number of Party or Dungeon Dice. 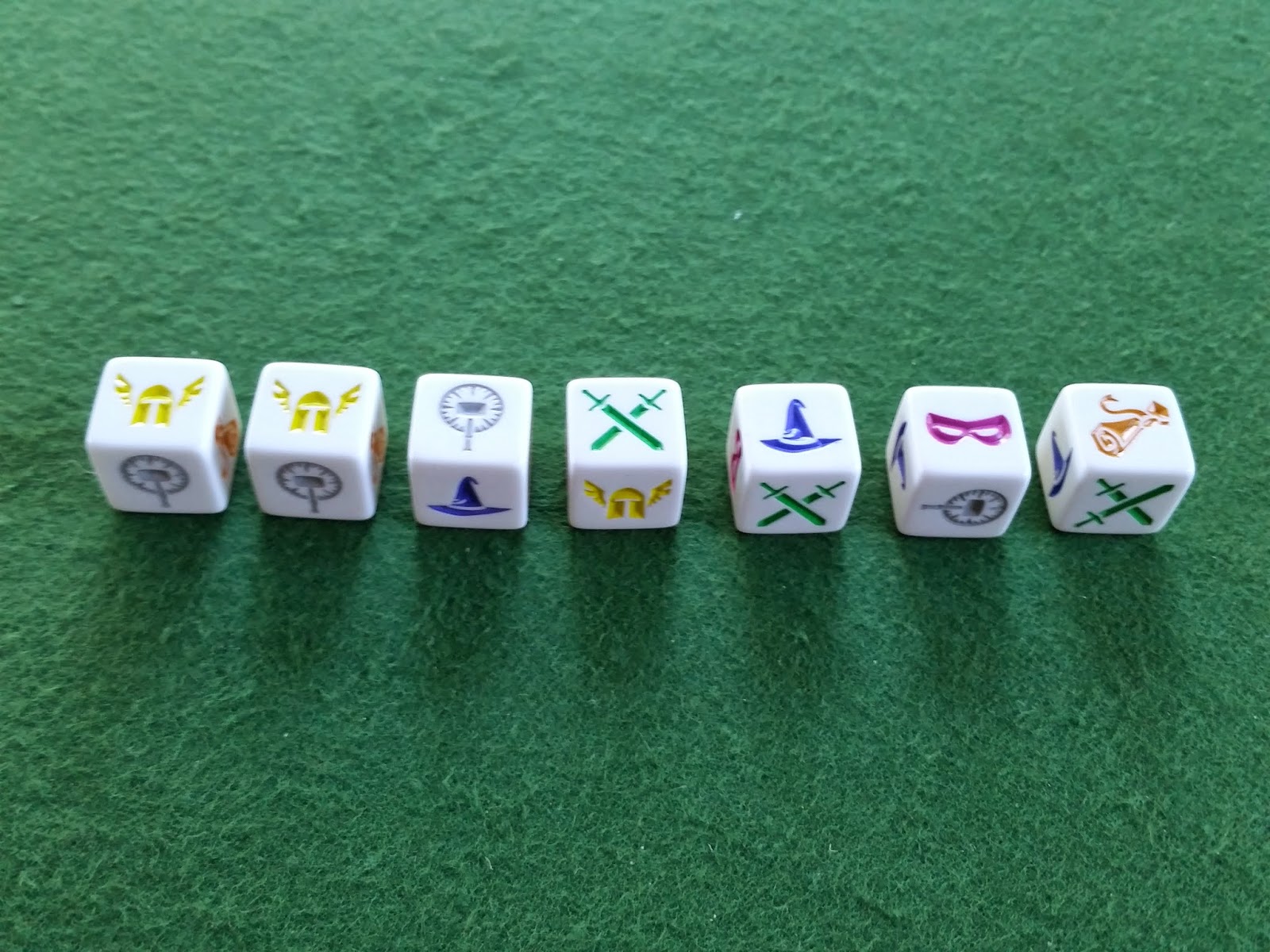 7 Dungeon Dice
There are seven dice with 6 different icons. 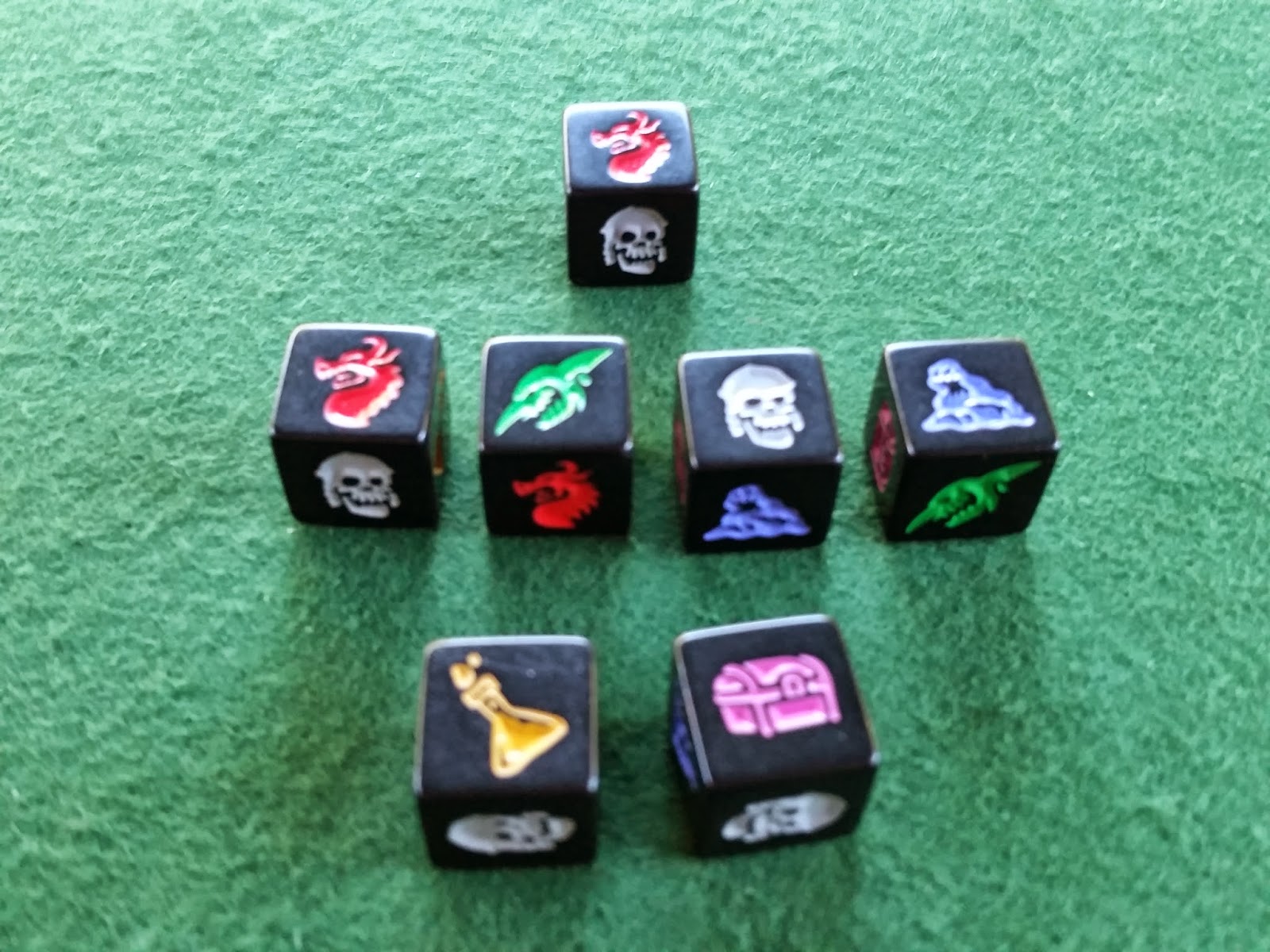 10-sided Die
This die is used to track which level of the dungeon you are currently at; the dragon symbol is level 10. 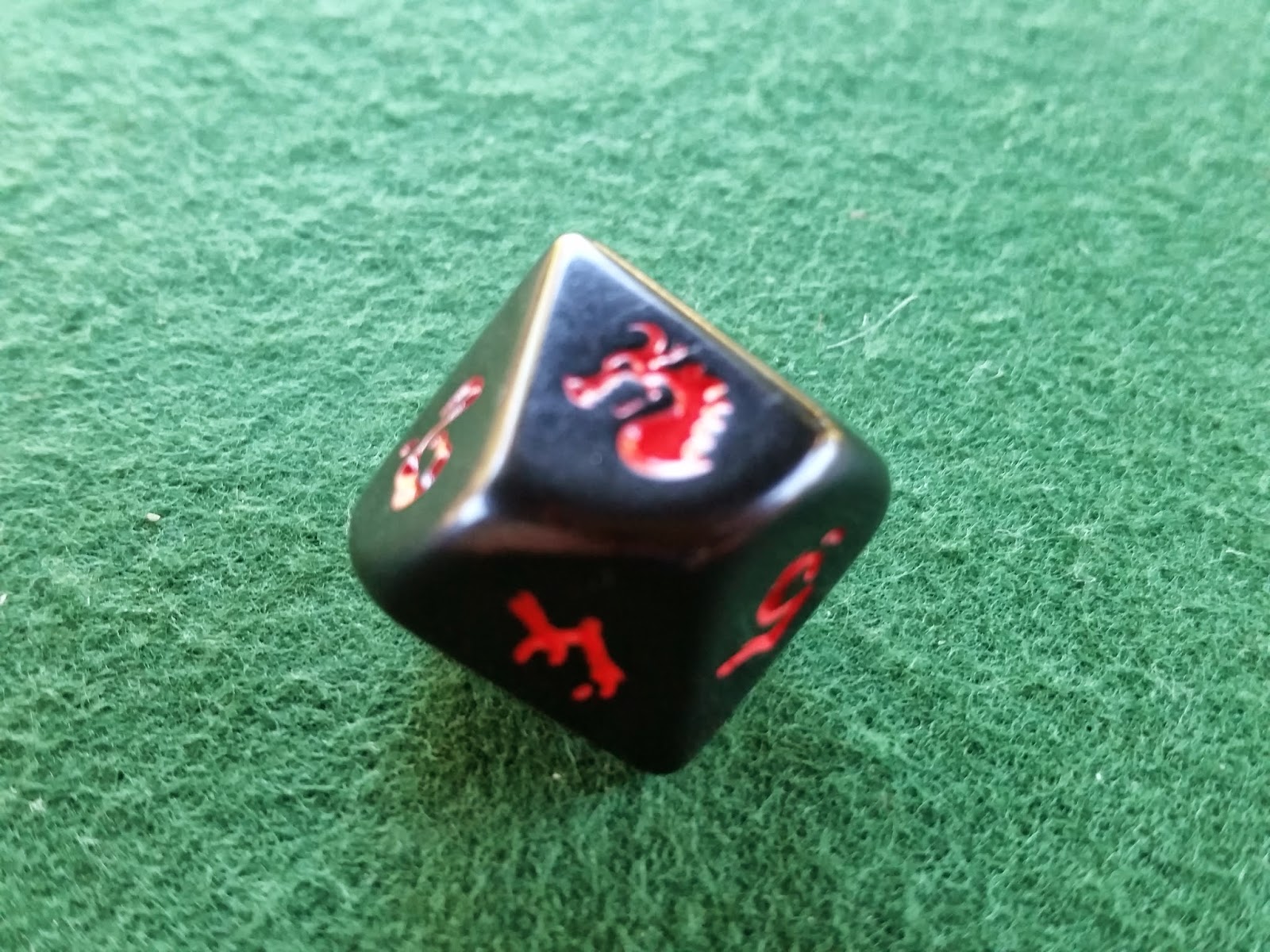 8 Base Set Hero Cards
In the base set you can choose from one of eight heroes, each with their own unique abilities. These images are for the front of the hero cards. Once you gain at least 5 experience points you can flip your hero card to the other side. 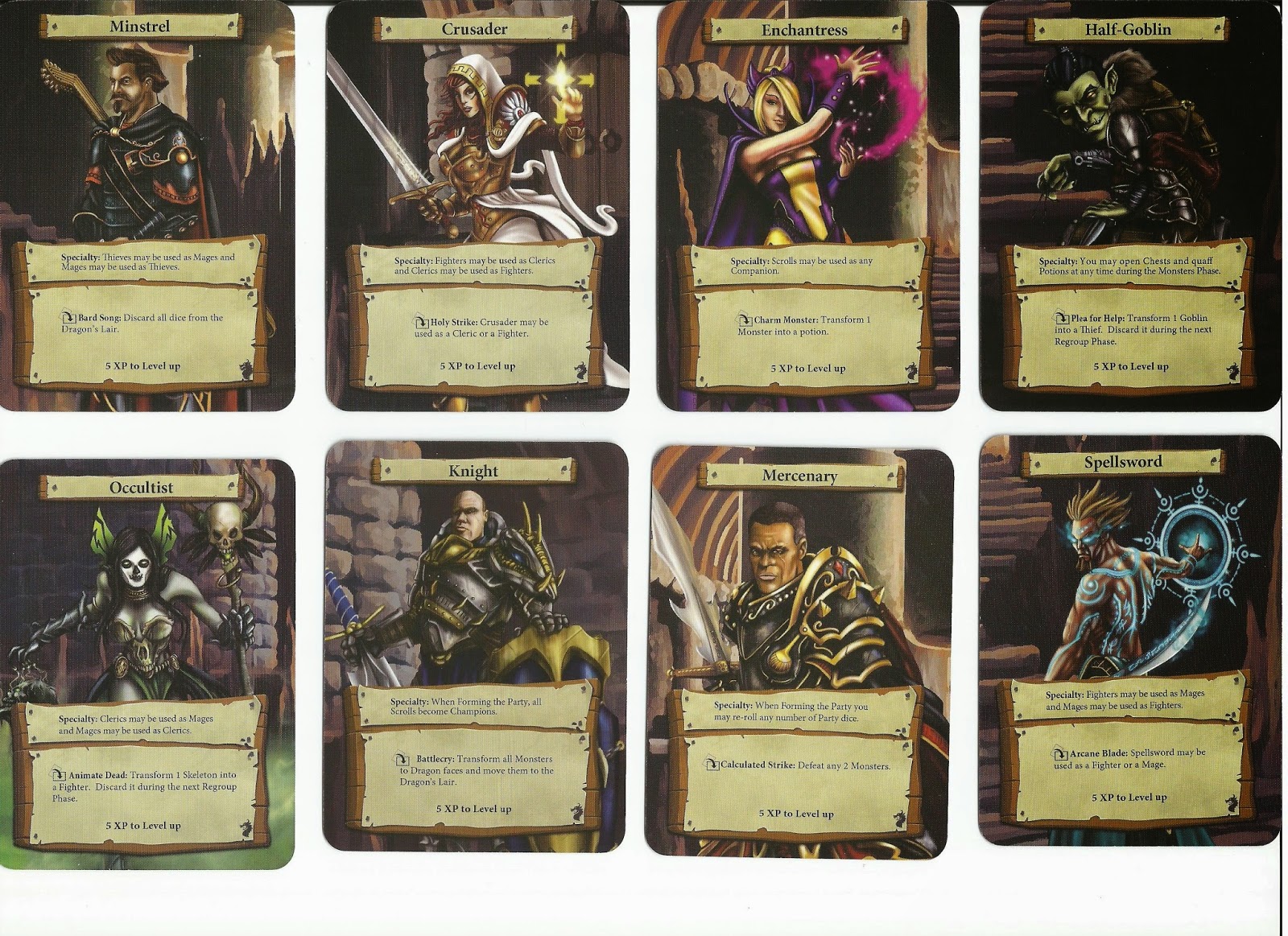 These are the back side of the hero cards which show the leveled up hero. 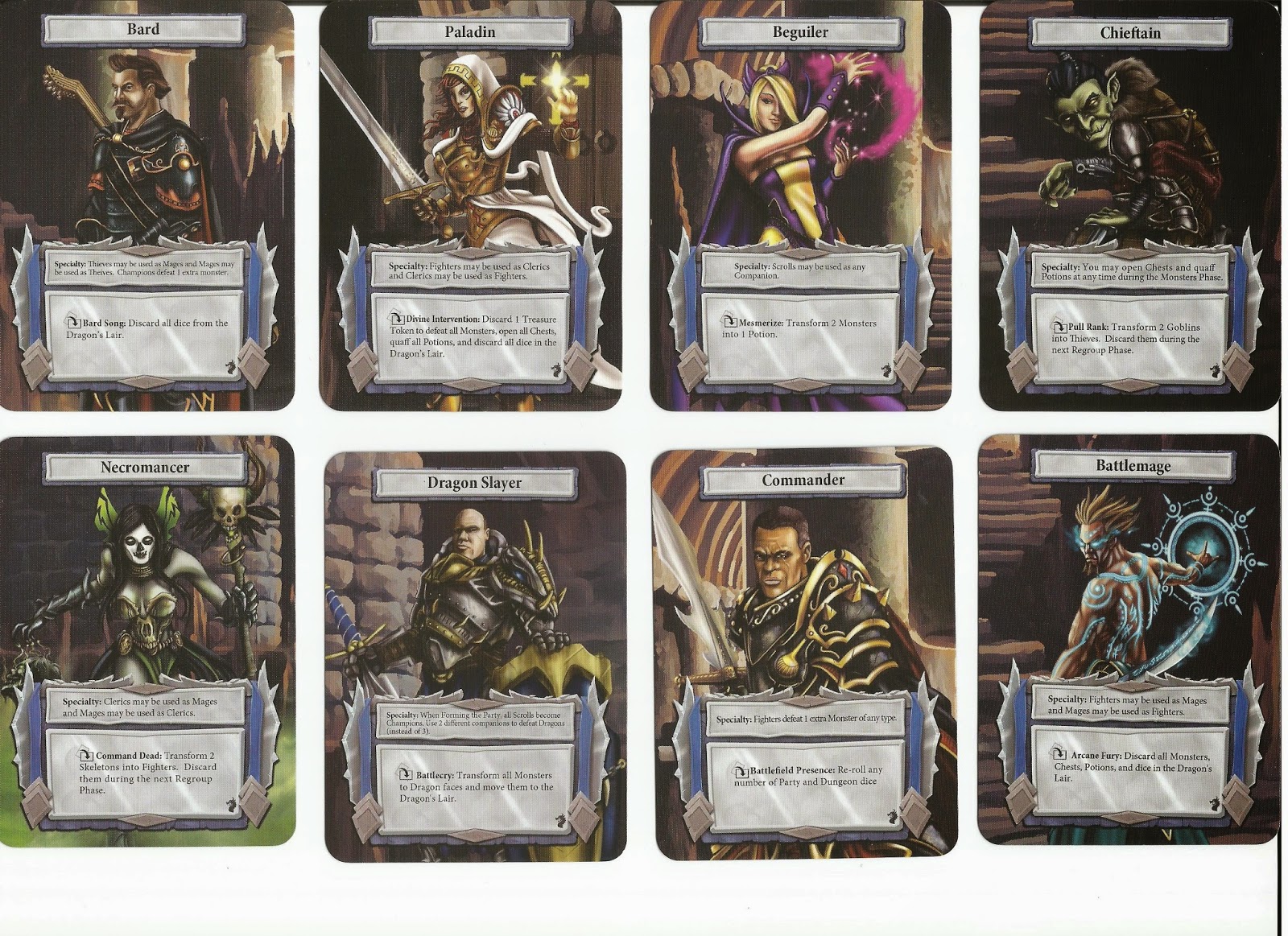 4 Player Aids
The game comes with four 2-sided cards with explanations of the treasure tokens and abilities of different party dice symbols. 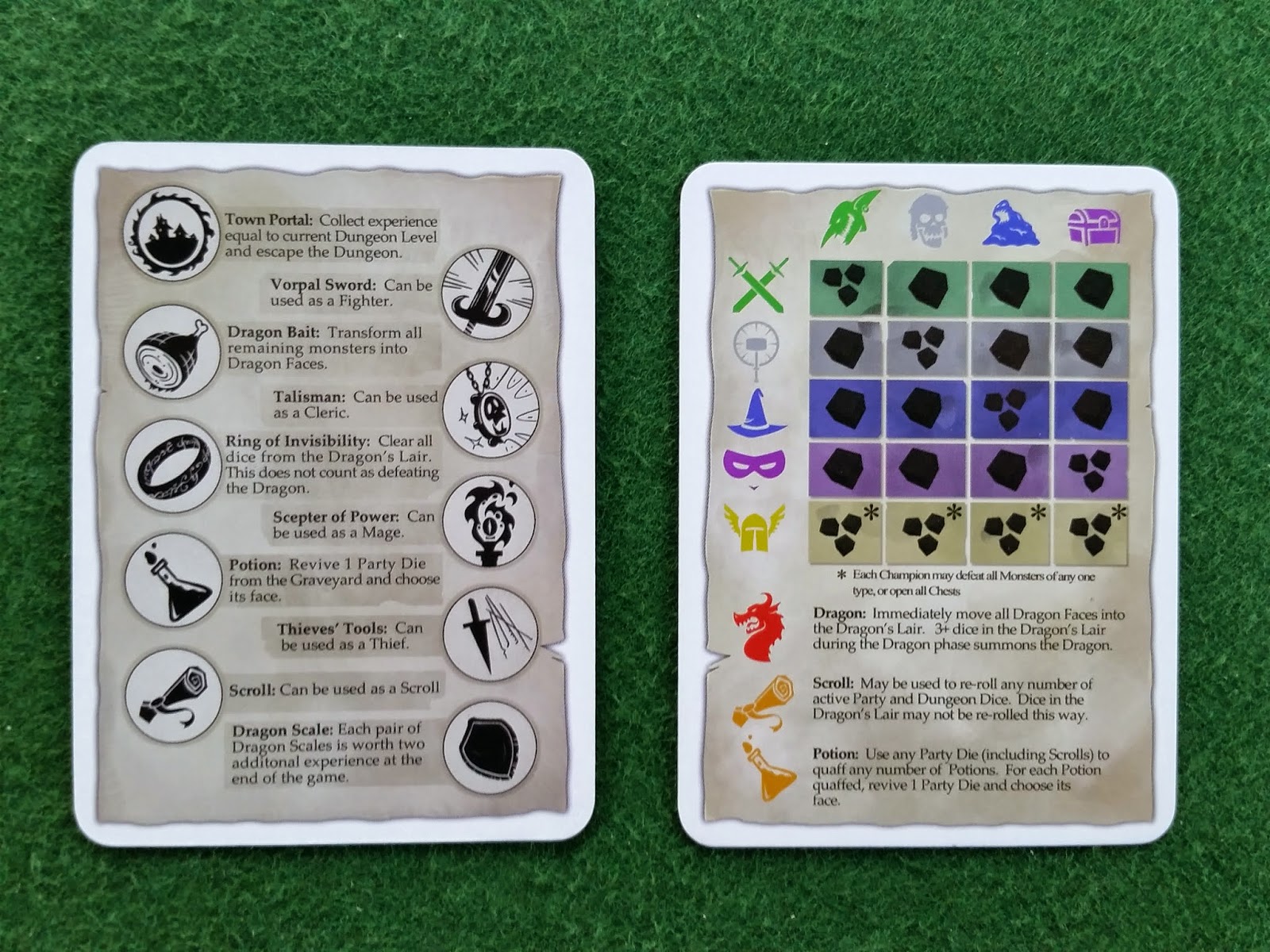 I really, really like this game. Here are the reasons I like it!
I will give Dungeon Roll 7.5 out of 10 bears.