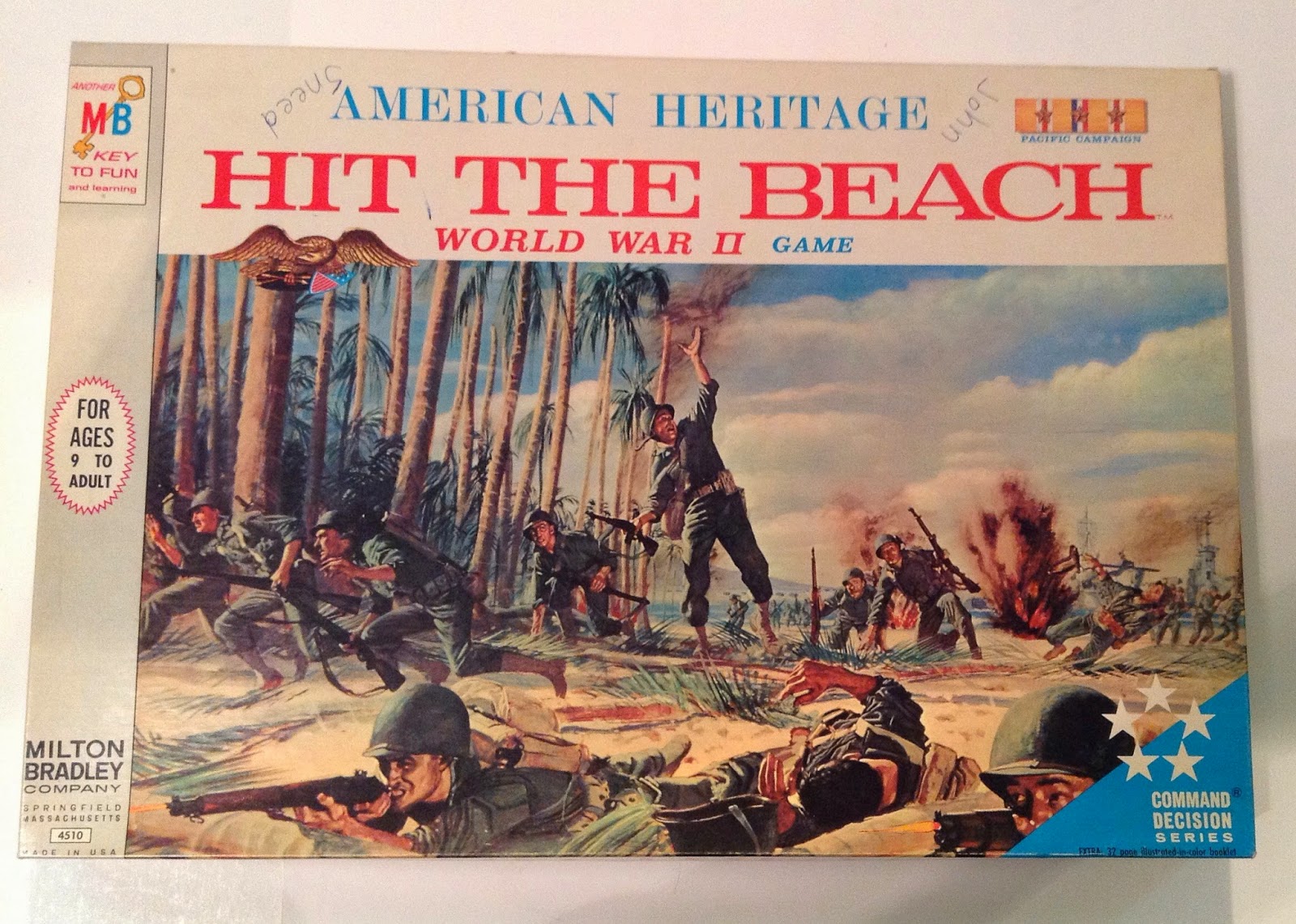 For an overview of the game and it's components, view the original post here.

Hit the Beach is a very easy to learn and play game that kids and adults can enjoy. The game is played cooperatively since all players are storming the beach that is controlled by the Japanese. Since the goal of the game is to be the first to reach the Japanese headquarters, players can choose to place destroyed Japanese troops in the path of their fellow players.

Each player chooses a color and receives 6 playing pieces - 2 Marine Divisions, 2 Army Infantry Divisions, 1 ship (naval landing support) and 1 airplane (air support). All 6 of each player's pieces should be on the matching color starting spot.

All yellow Japanese defender pieces should be placed on the yellow and brown circles with yellow burst marks in them. 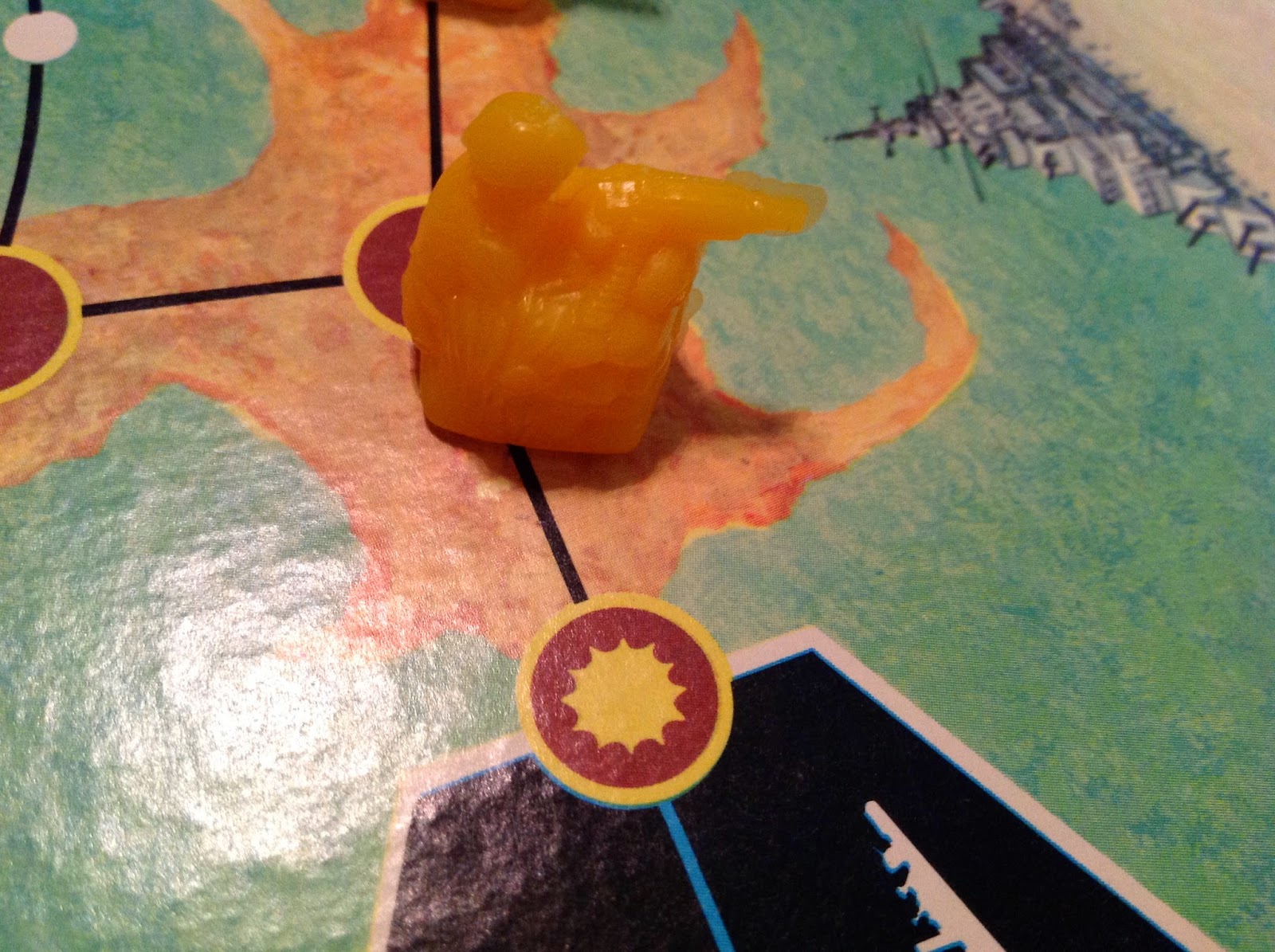 For a turn you roll the die and move either a Marine or Army division that many spaces on either white or brown spaces. Here the red player had already moved one of his Marine divisions into the beach landing zone and just moved his support aircraft into the beach landing as well since he rolled a 6. When a 6 is rolled either or the support pieces (ship or airplane) can be moved to a landing zone or division pieces can be moved 6 spaces. 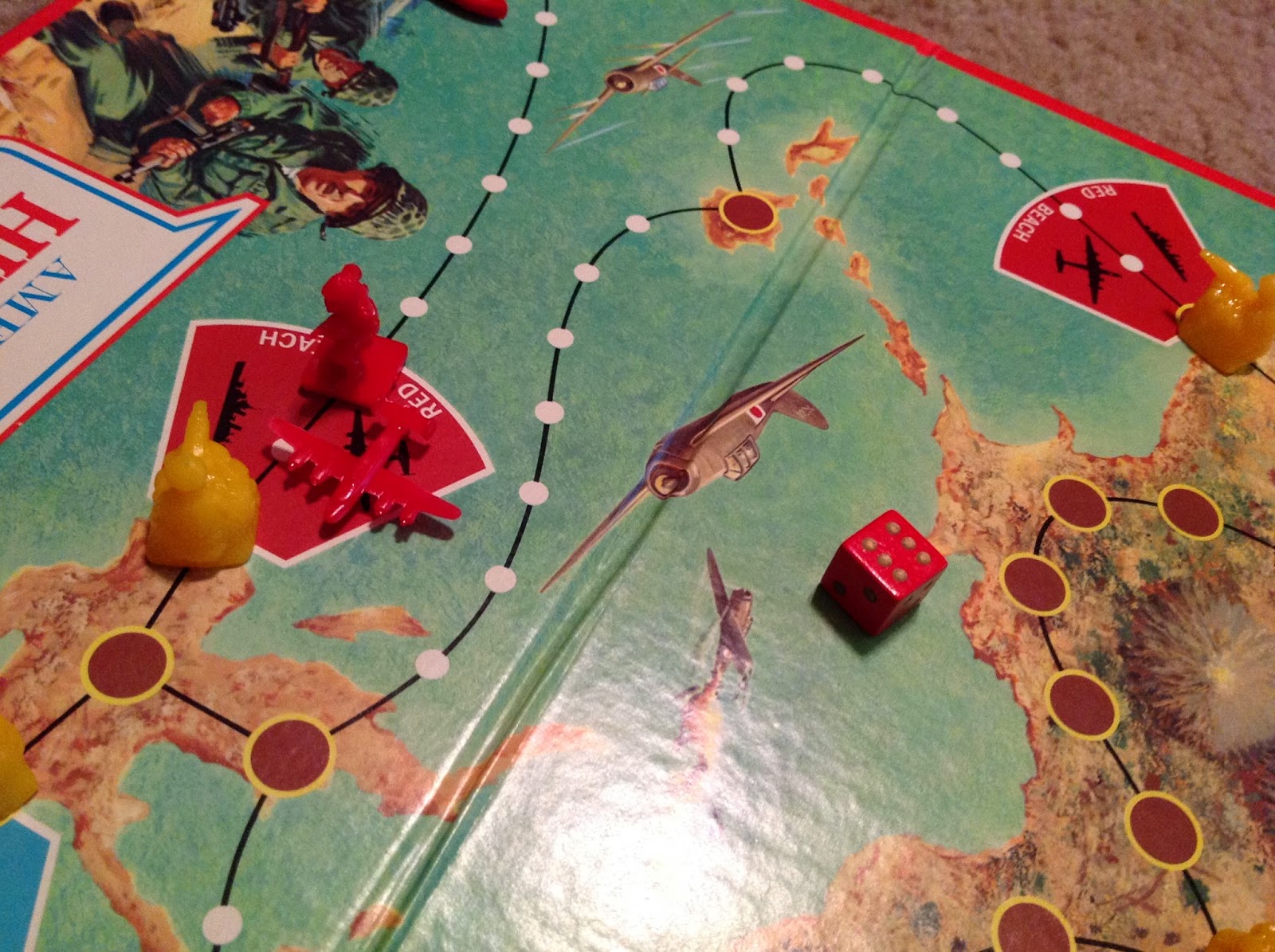 On his next turn, the red player rolls a 6 and moves the support ship into the red beach landing zone. Now on his next turn he can move one of his two red division pieces over the yellow Japanese defender to defeat that unit.

At this point both the red player has taken the first Japanese defender and the blue player is poised to take the other Japanese unit on his next turn.

After storming both beaches of their color, both the red and blue players have landed on the main island and are trying to reach the Japanese HQ. You can notice from the picture that after Japanese defenders have been defeated, the players have chosen to place them in the paths of the other players. After a Japanese defender is defeated, it can be placed on any brown circle on the board, that could be in the way of a fellow player or somewhere else on the board that may be out of play.

The blue player is the first one to reach the Japanese HQ and wins!

It has way more luck than I like in a game, but with some house rules or tweaks it could be much better. I love the theme and the design of the board and the pieces. It is easy enough for young kids to play, I play this with my 6 year old and he loves it.

Rules for Hit the Beach are available at the Hasbro website.