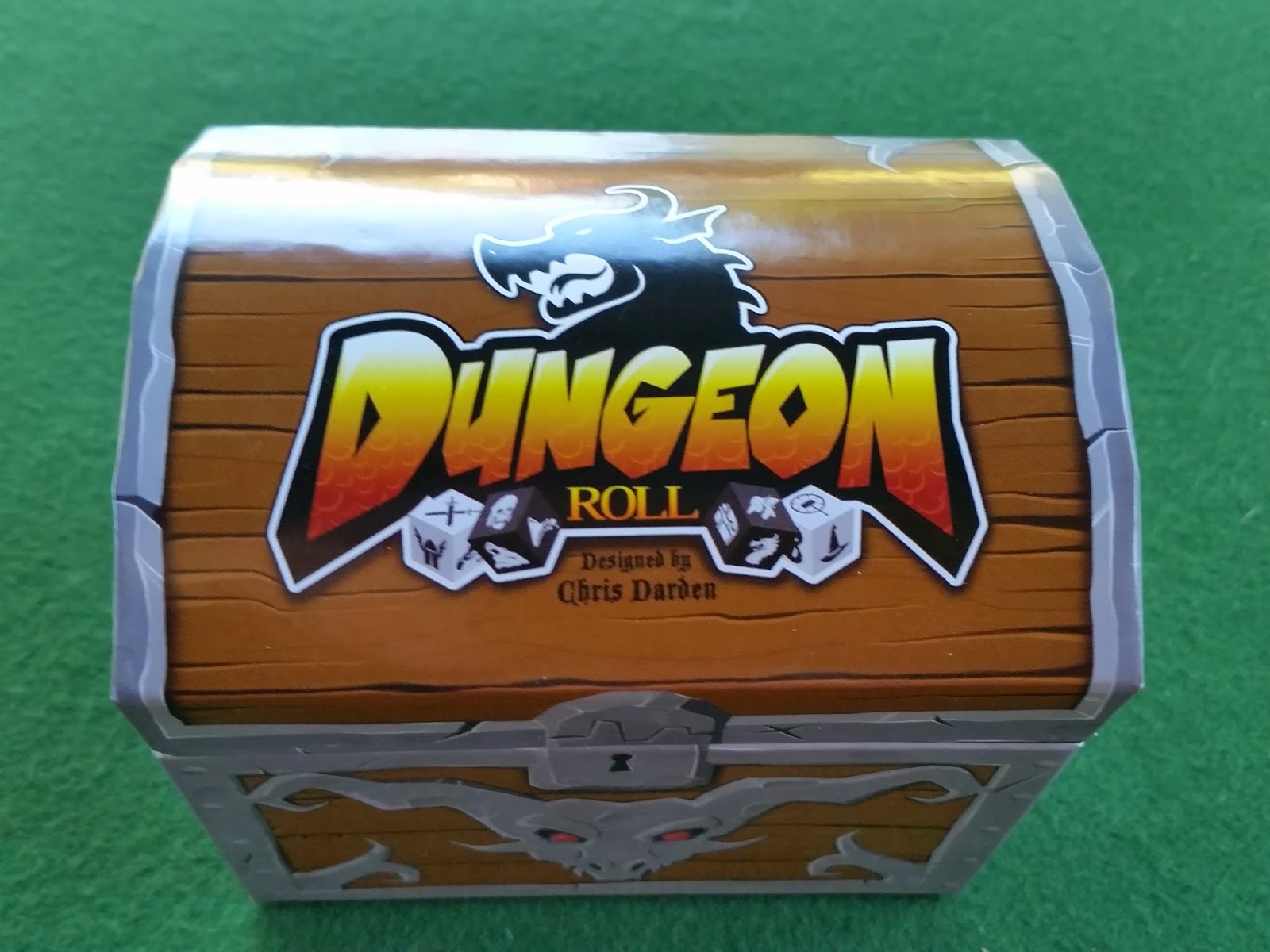 Dungeon Roll is a dice rolling, dungeon crawl game that can be played solo or with up to 4 players. A game of Dungeon Roll involves each player delving into the dungeon 3 times, trying to go as deep into the dungeon as they can. This is a play-by-play with pictures through a solo game for one delve.

Click here to view an overview of all the components and a review of Dungeon Roll.

To setup the game, put all the treasure tokens into the treasure chest (the game box) and set aside the experience tokens. 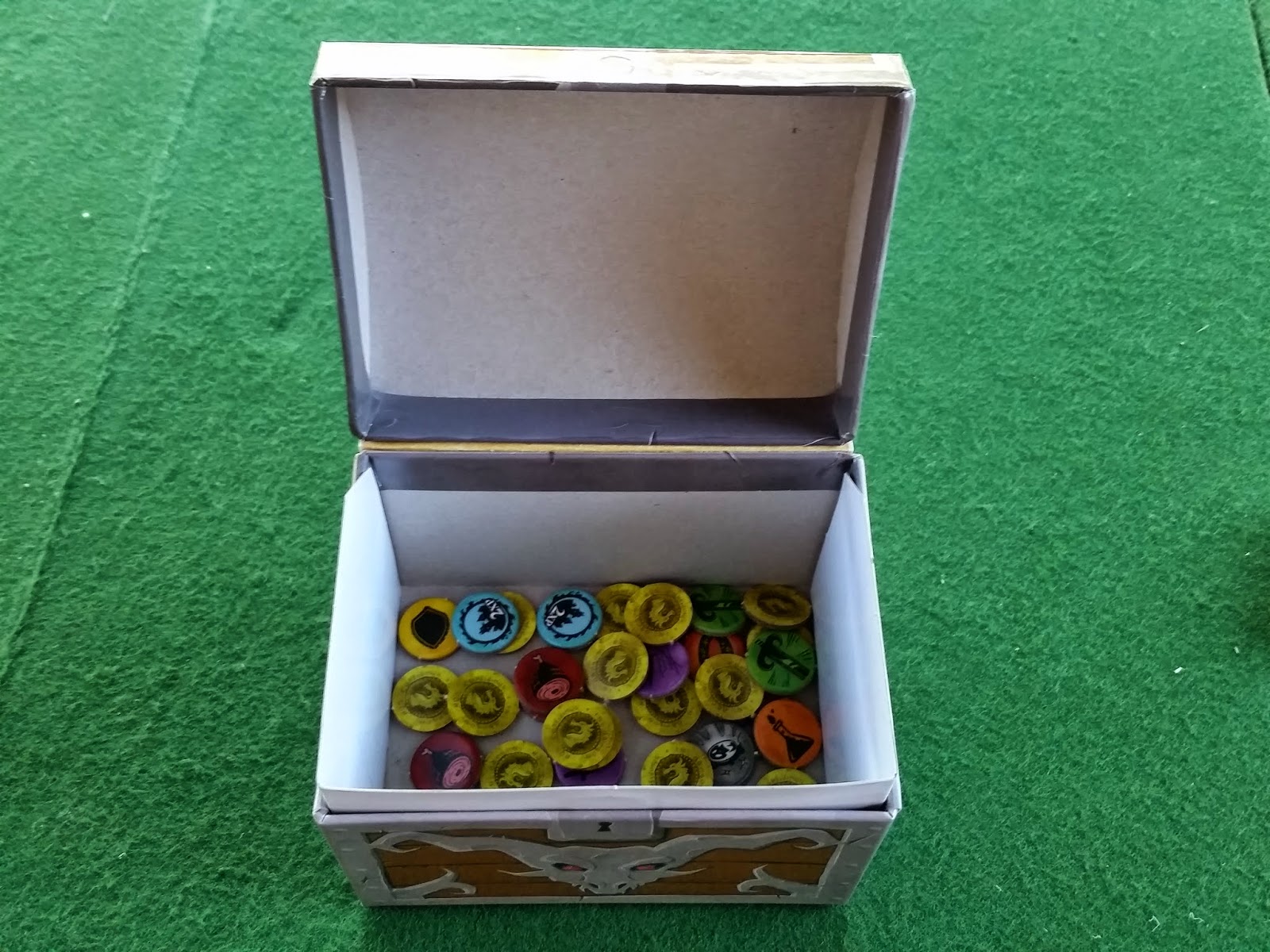 Next, choose which hero you want to play with from the eight available heroes. For this delve I chose Occultist. Her specialty is that Clerics may be used as Mages and Mages may be used as Clerics. This card can also be tapped to Animate Dead which transforms 1 Skeleton into a Fighter. 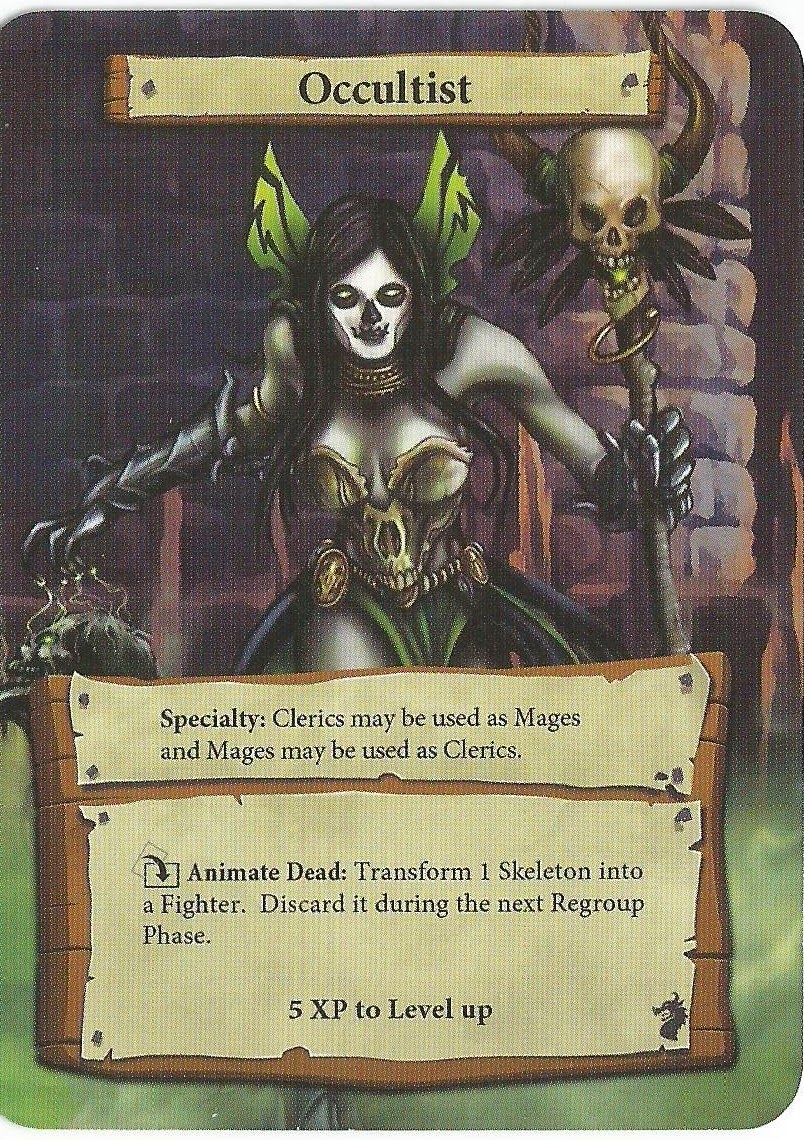 Next I roll the 7 Party Dice to determine the characters that I will use for my delve. I get a Thief, 2 Fighters, 2 Champions, a Cleric and a Scroll. 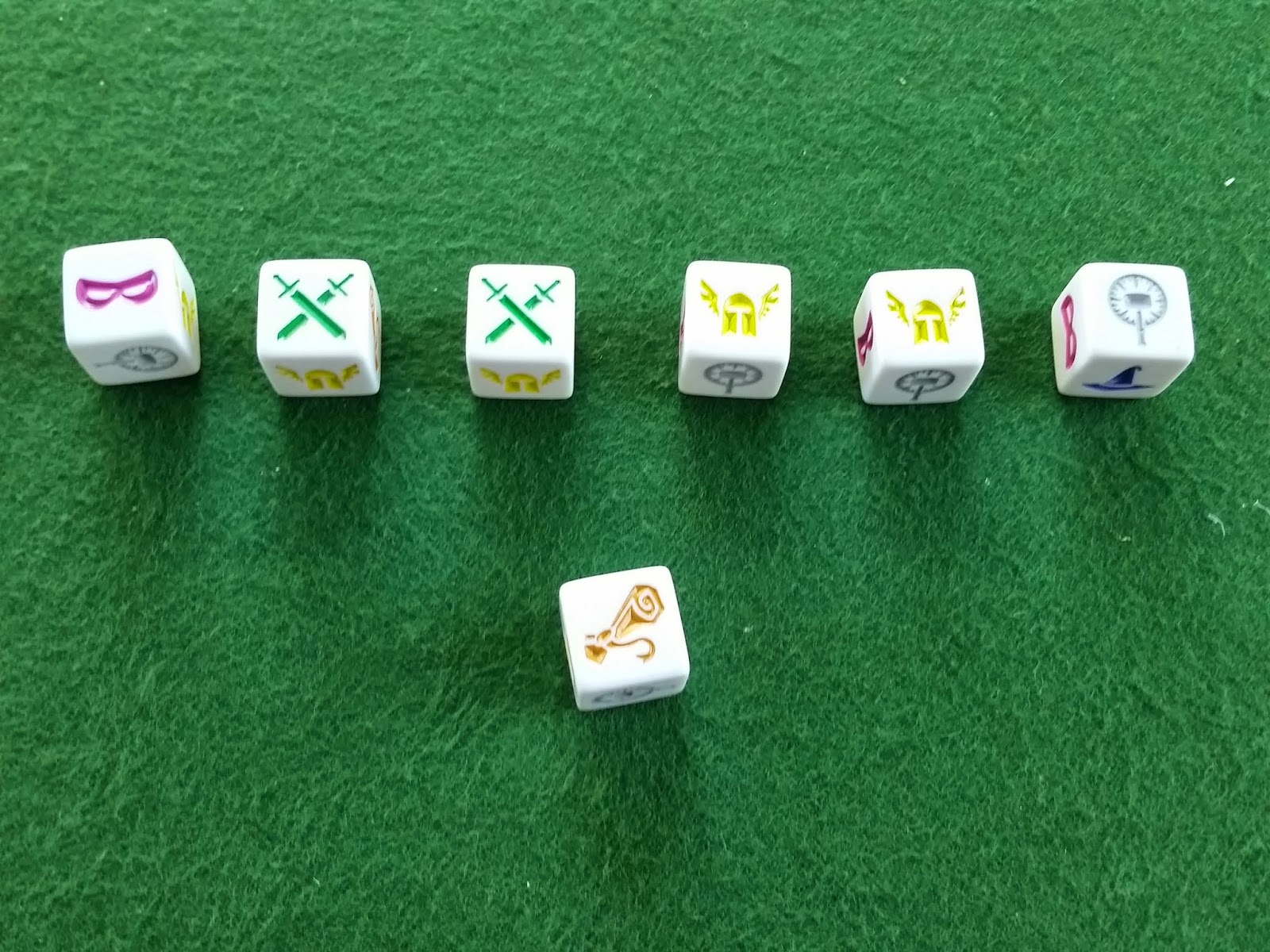 Level 1. I set the Dungeon Die to 1 to start my delve. 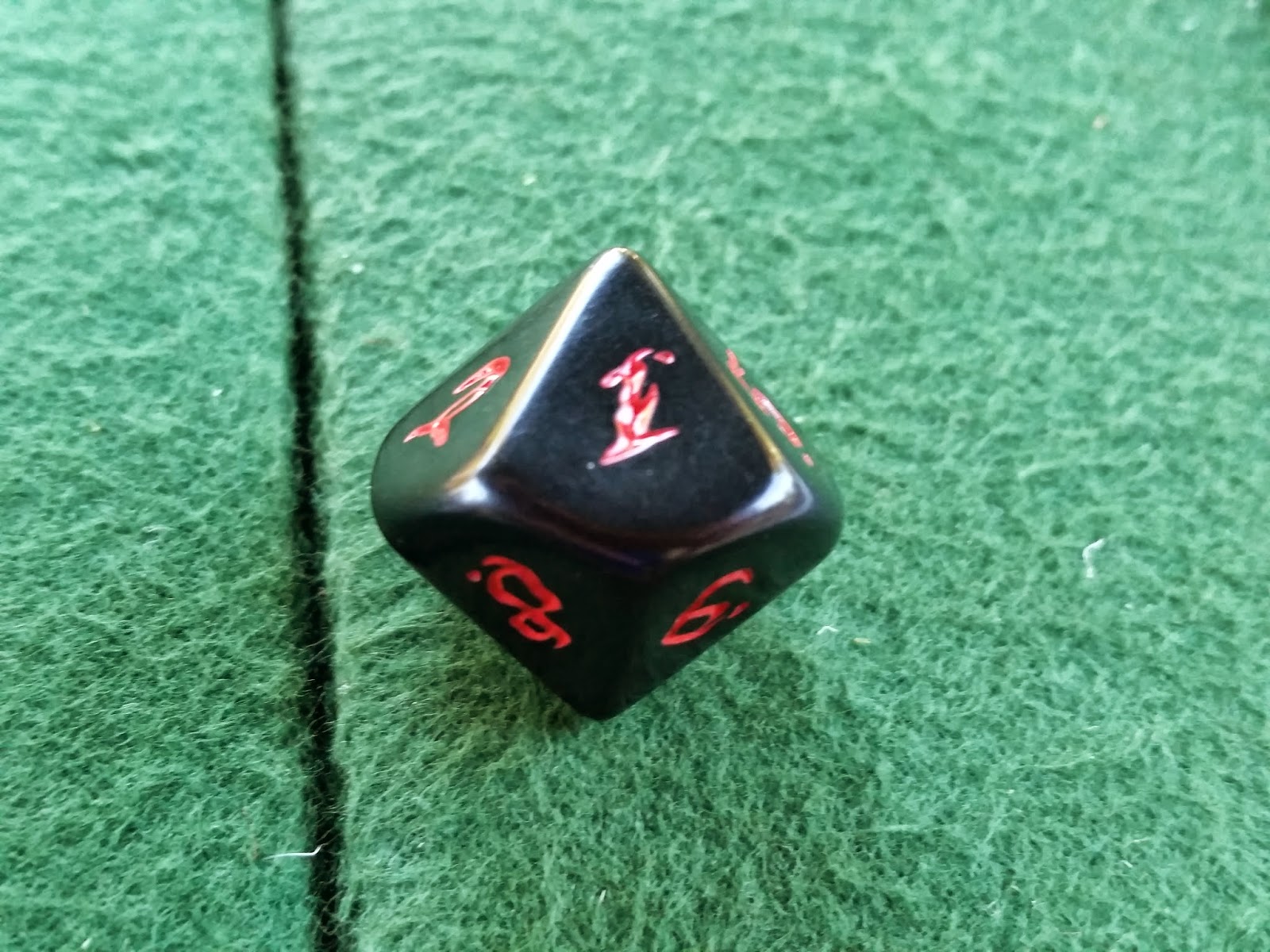 I roll 1 Dungeon Die and get a Treasure Chest. I can choose to use a Party Die to open the chest and take a treasure token, but I choose not to since I want to save my Party Dice so I can go deeper. Level 2. I will roll 2 Dungeon Dice and I get a Treasure Chest and a Potion. This is another fortunate dice roll! I will once again choose not to take either of these dice and continue onto Level 3. 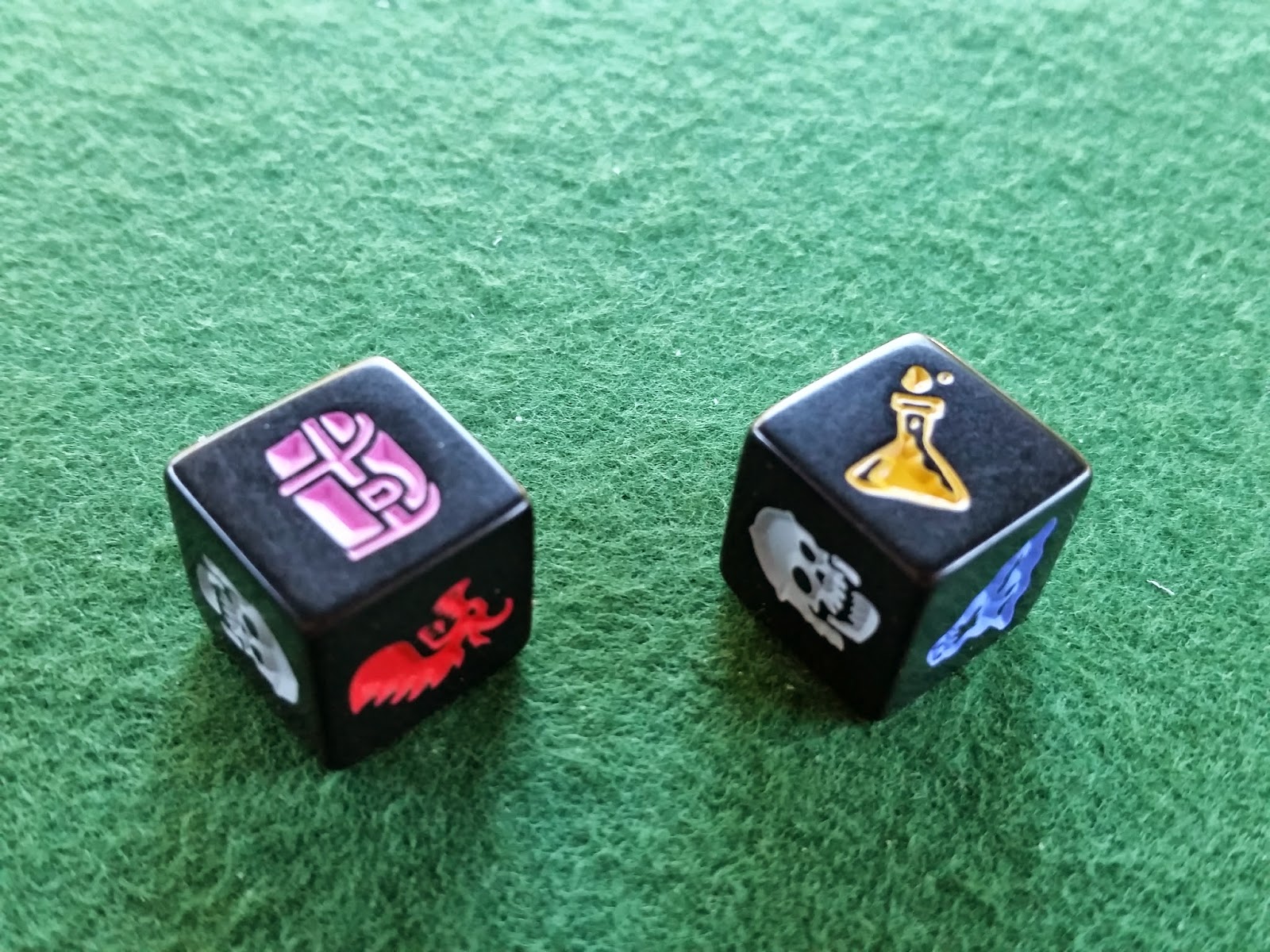 Level 3. I roll 3 Dungeon Dice and this time I get my first monsters, 1 Goblin and 2 Oozes. I will use my Cleric to handle both of the Oozes and 1 of my 2 Fighters to handle the Goblin. 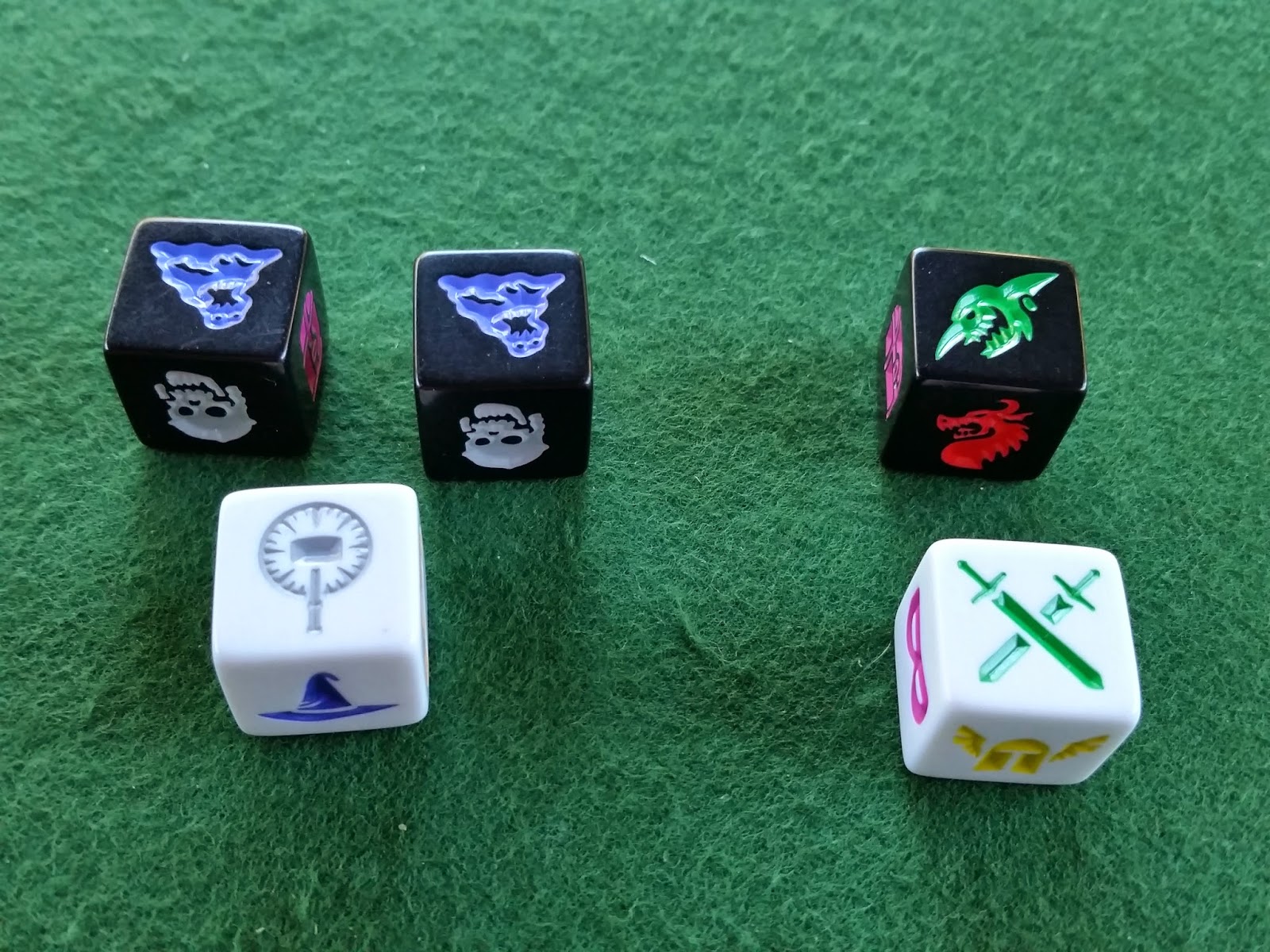 My remaining party after Level 3 includes a Thief, a Fighter, 2 Champions and a Scroll. 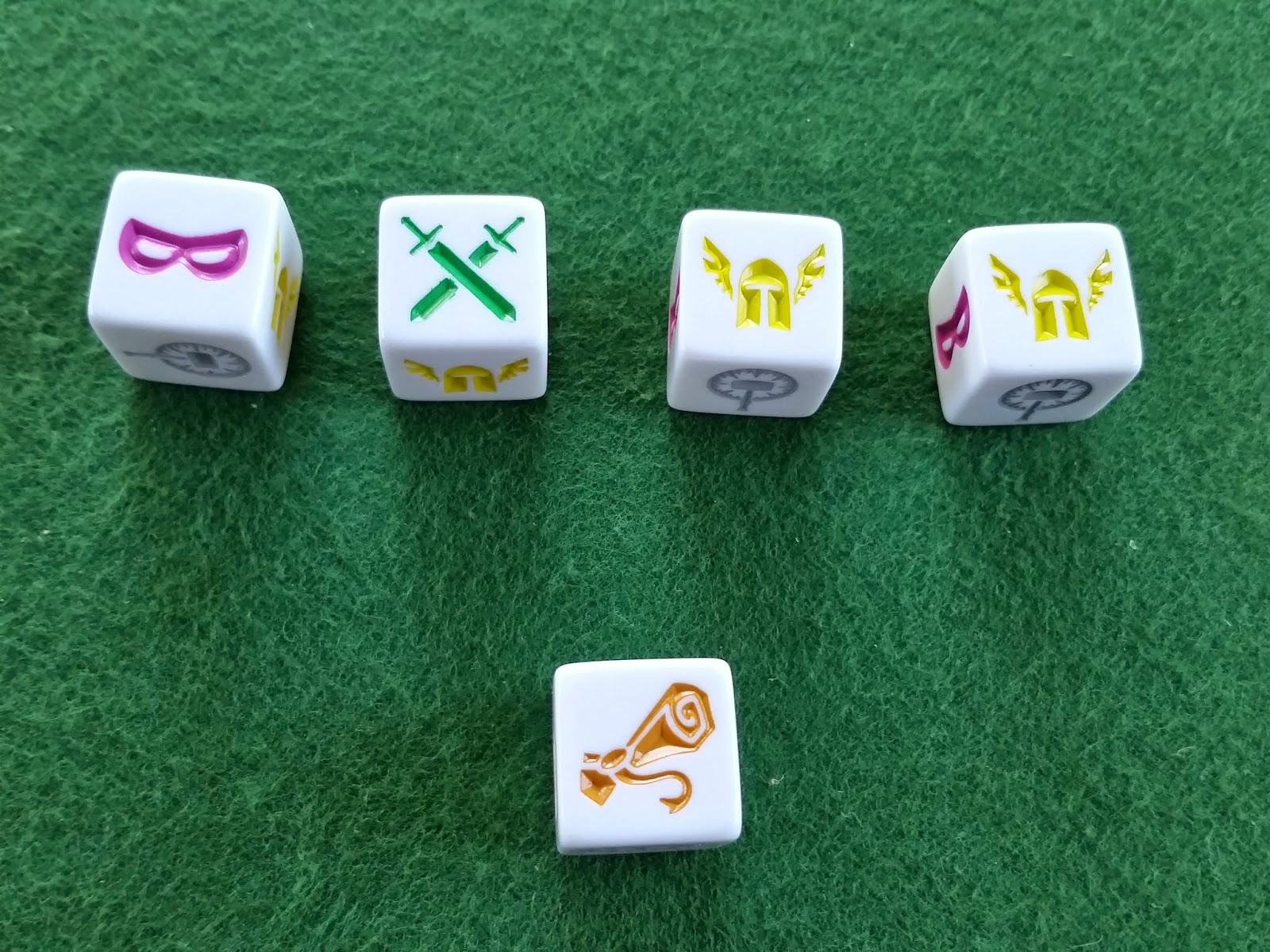 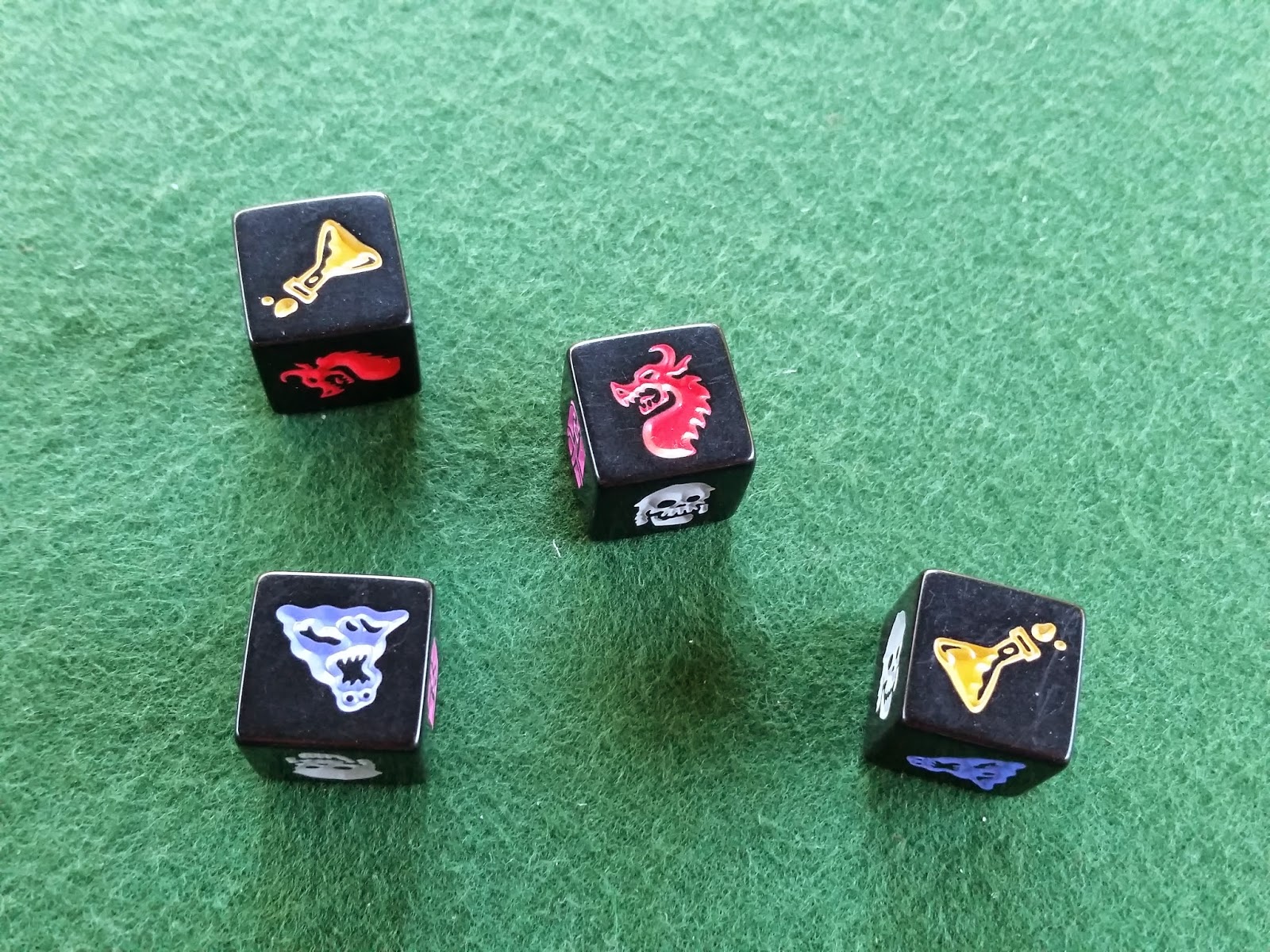 I use a Champion to take care of the Ooze and my last Fighter to take the 2 Potions, which will allow me to revive 2 Party Dice. I chose to recover a Mage and a Fighter. This is my party going into Level 5. I am feeling pretty good about this delve at this point! I have 4 separate party members, which is good since I will need 3 different party members to fight a dragon, and I still have a Scroll. 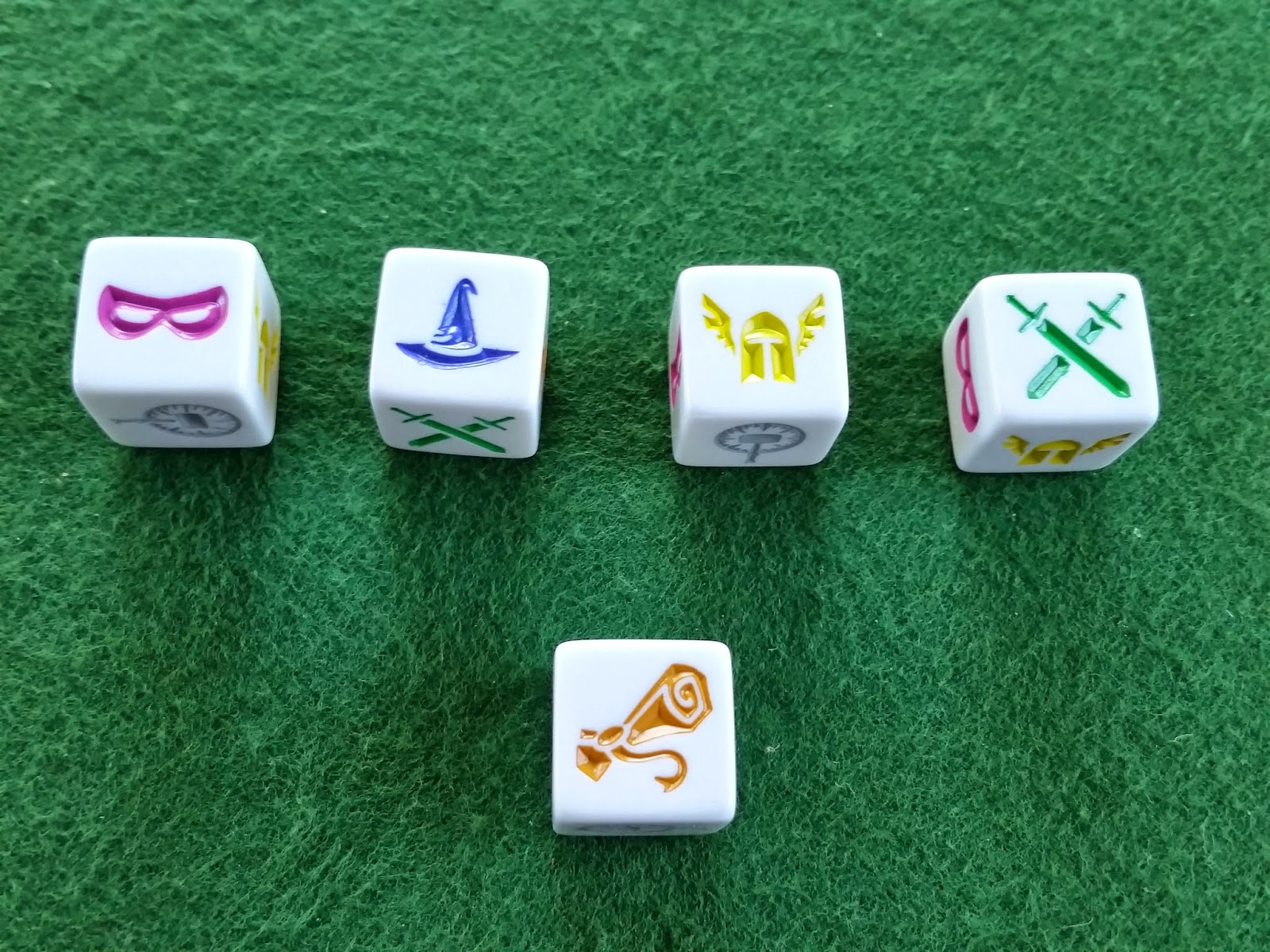 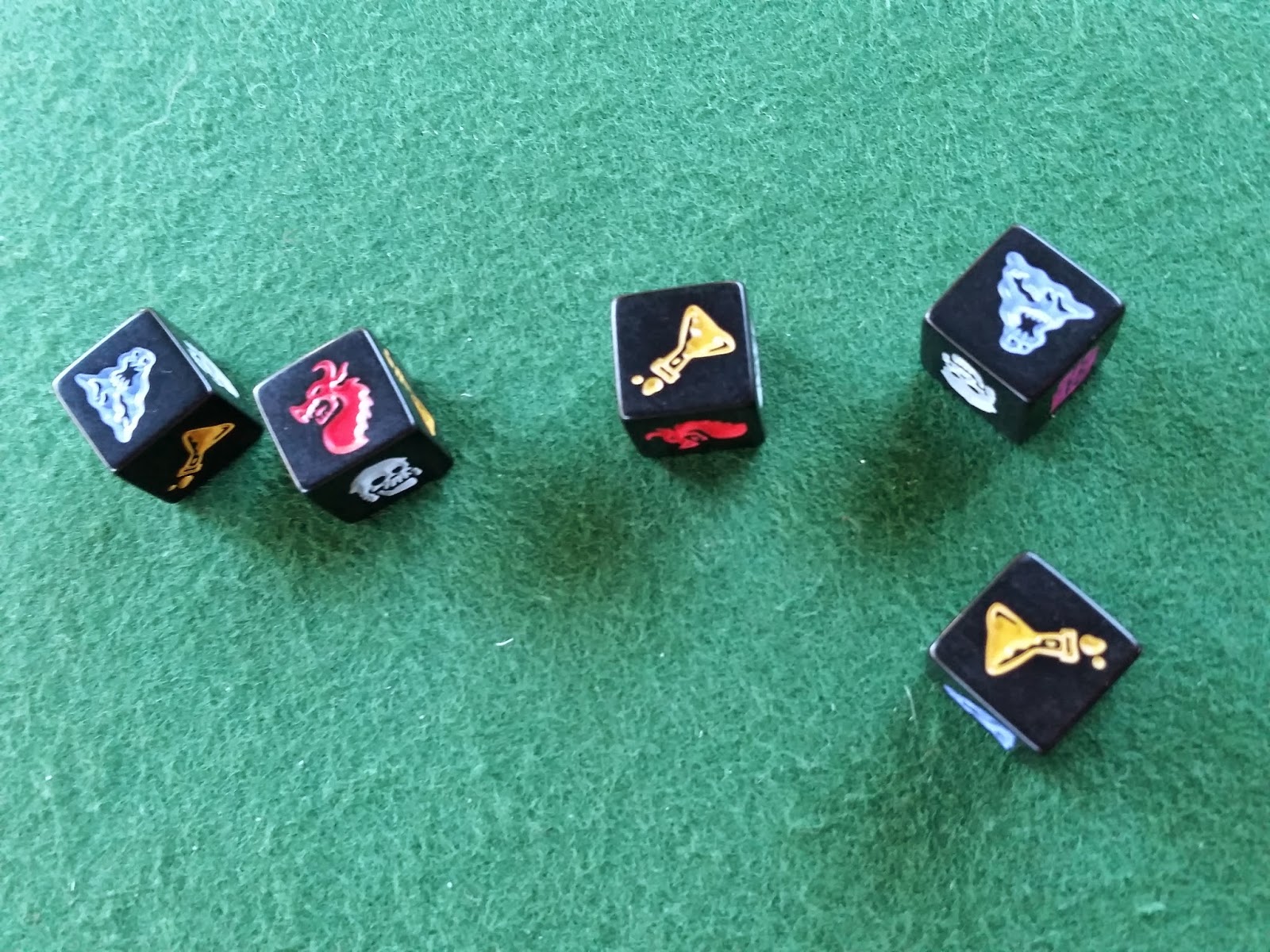 I use the Mage to take down the Oozes and the Fighter to take the 2 Potions. Then I choose to revive a Mage and a Fighter. 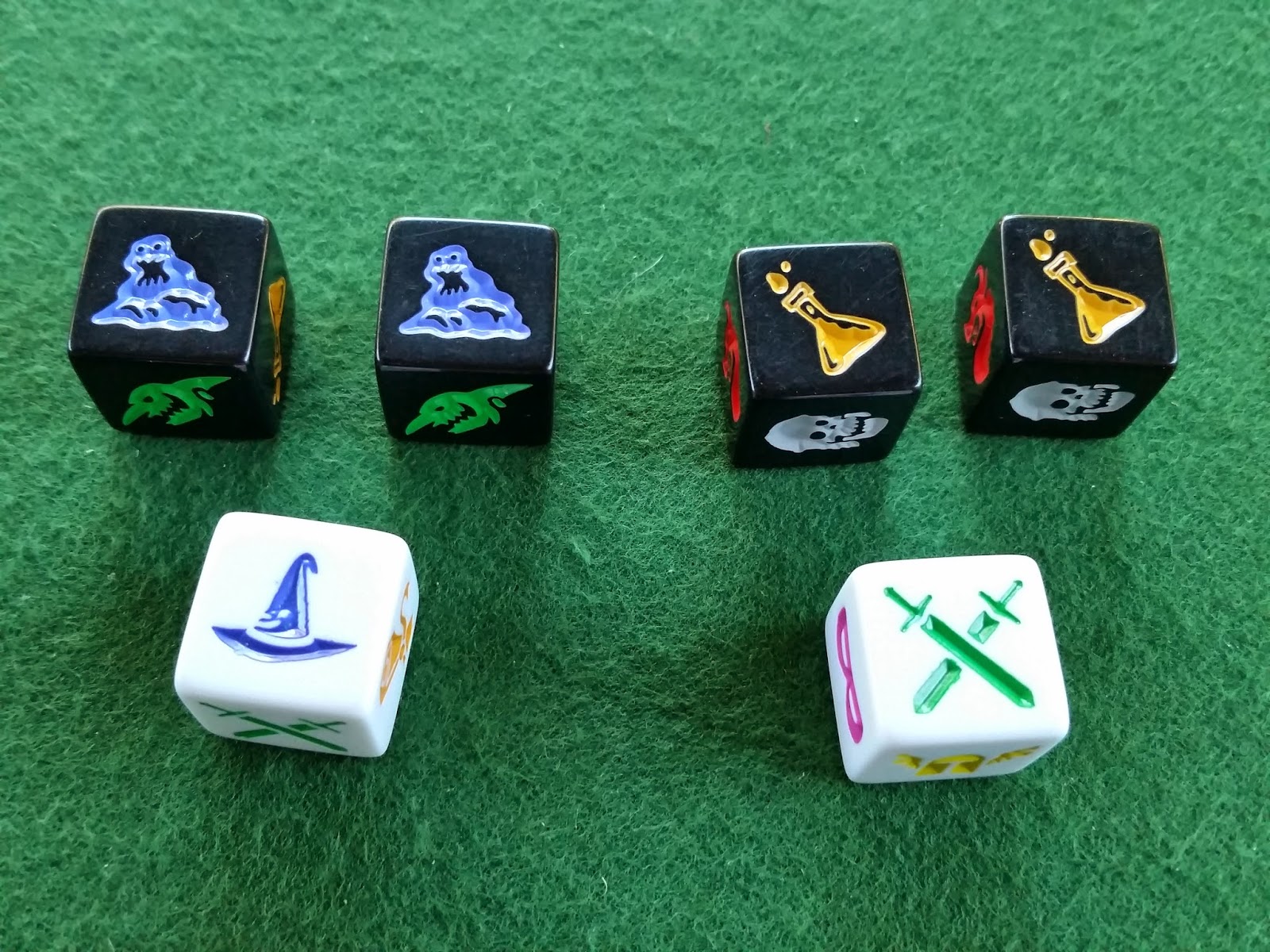 Going into Level 6 I still have a great party with a Thief, Mage, Champion, Fighter and a Scroll. 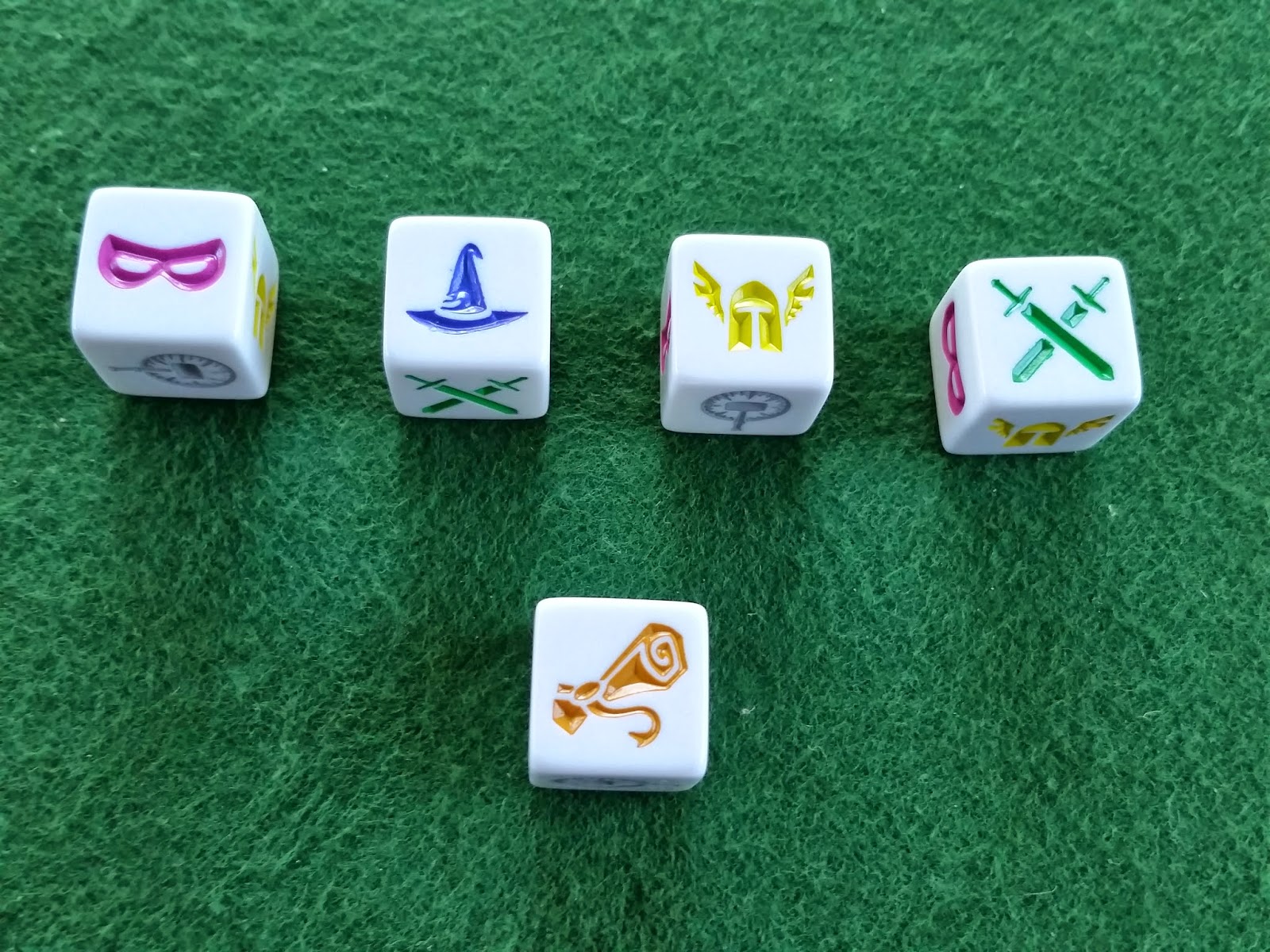 Level 6. I only roll 6 dice since that is all that is left (since I have 2 set aside with Dragons) and I get a Skeleton, 2 Oozes and 2 Potions. Another fortunate roll! 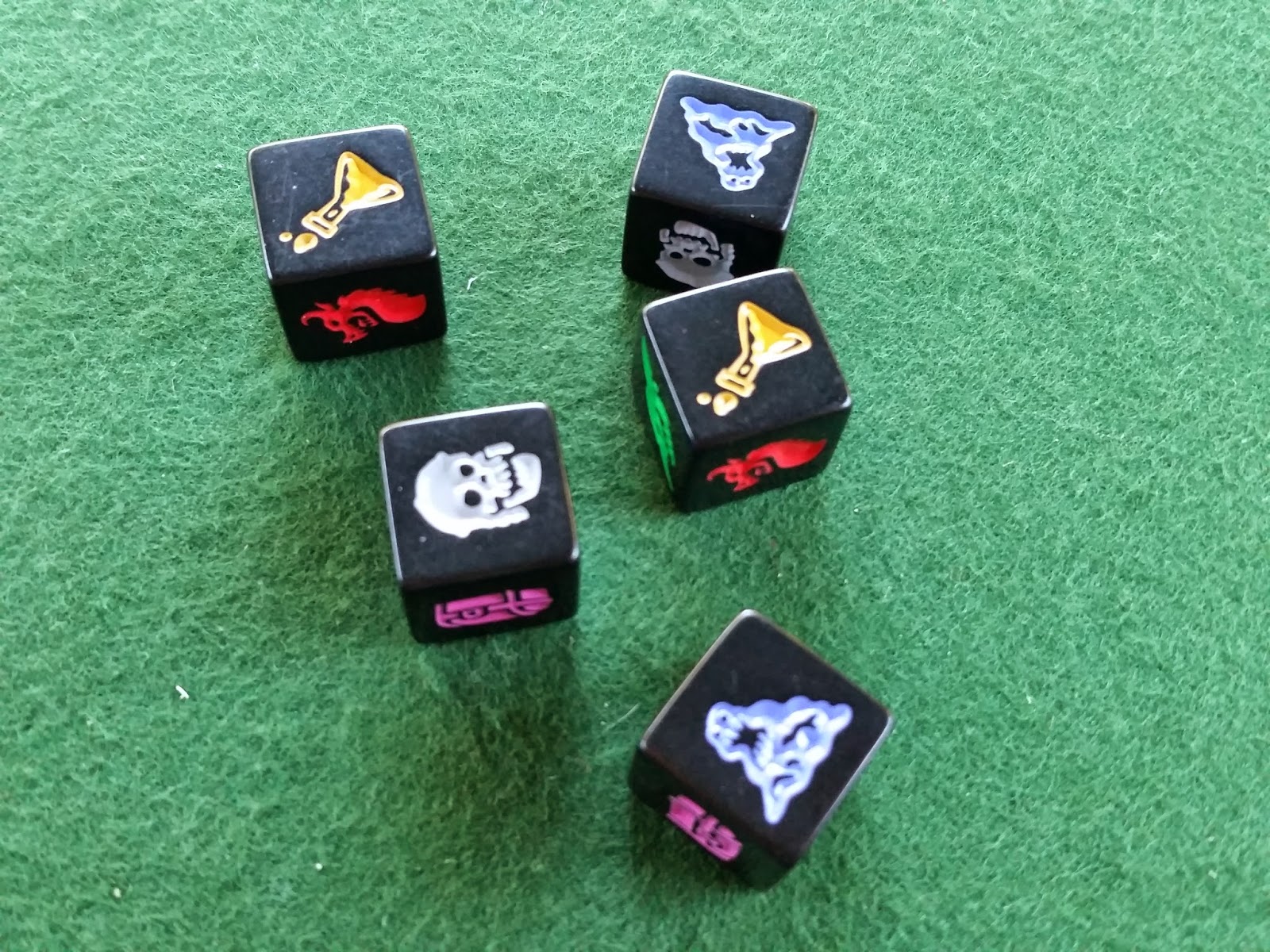 I use my Hero's Ultimate Ability which allows me to transform 1 Skeleton into a Fighter.

I then use the Skeleton to take the 2 Potions and the Mage to kill the 2 Oozes. From the 2 Potions I recover a Mage and a Cleric. 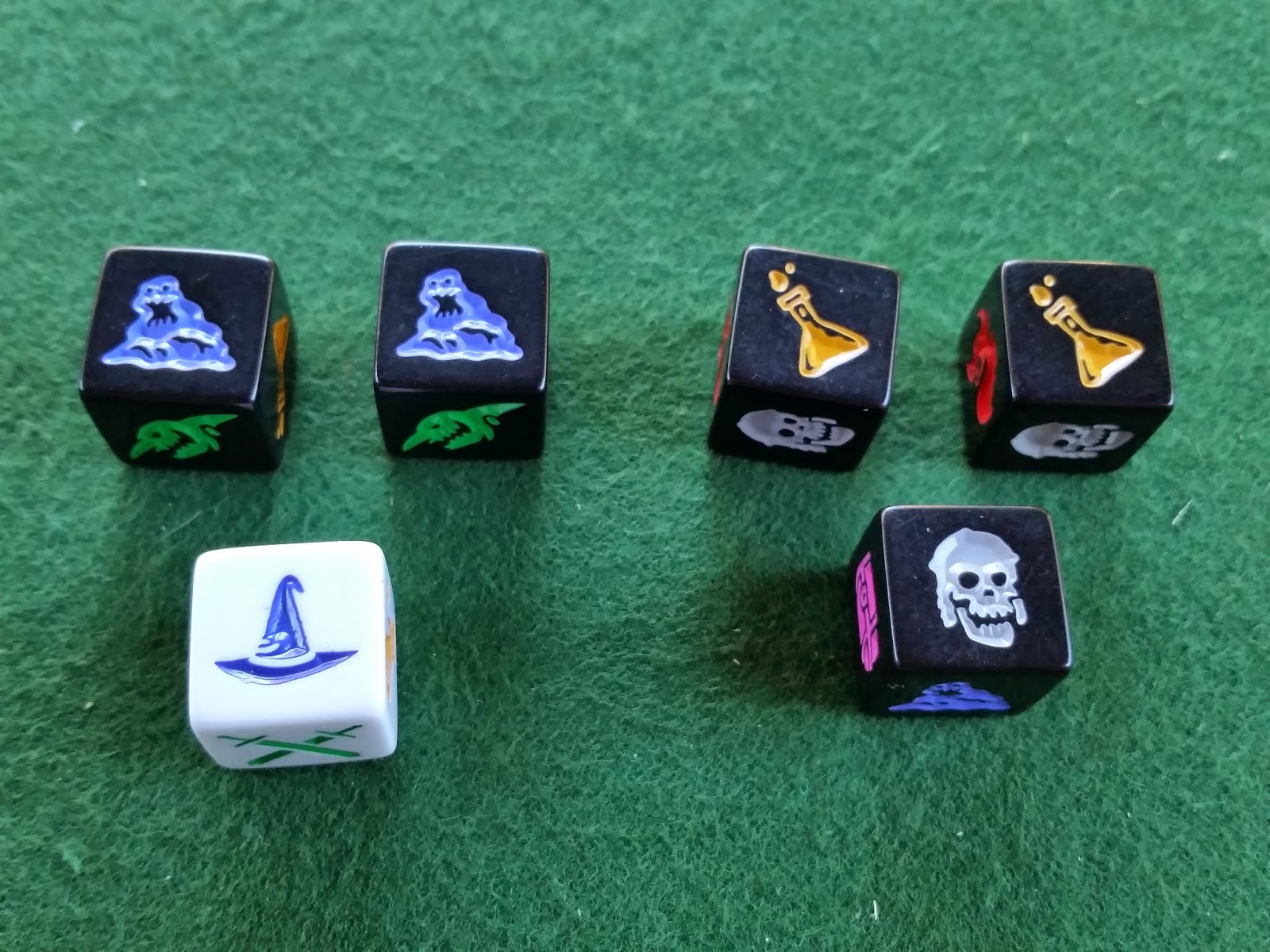 Going into Level 7 I am feeling real good about my chances! I have a Thief, a Mage, a Cleric, a Fighter, a Champion and a Potion.

Level 7. I have been very lucky so far, let's see if it continues. I roll 5 dice again and this time I get a 3rd Dragon, 1 Skeleton, 1 Potion and 2 Chests. 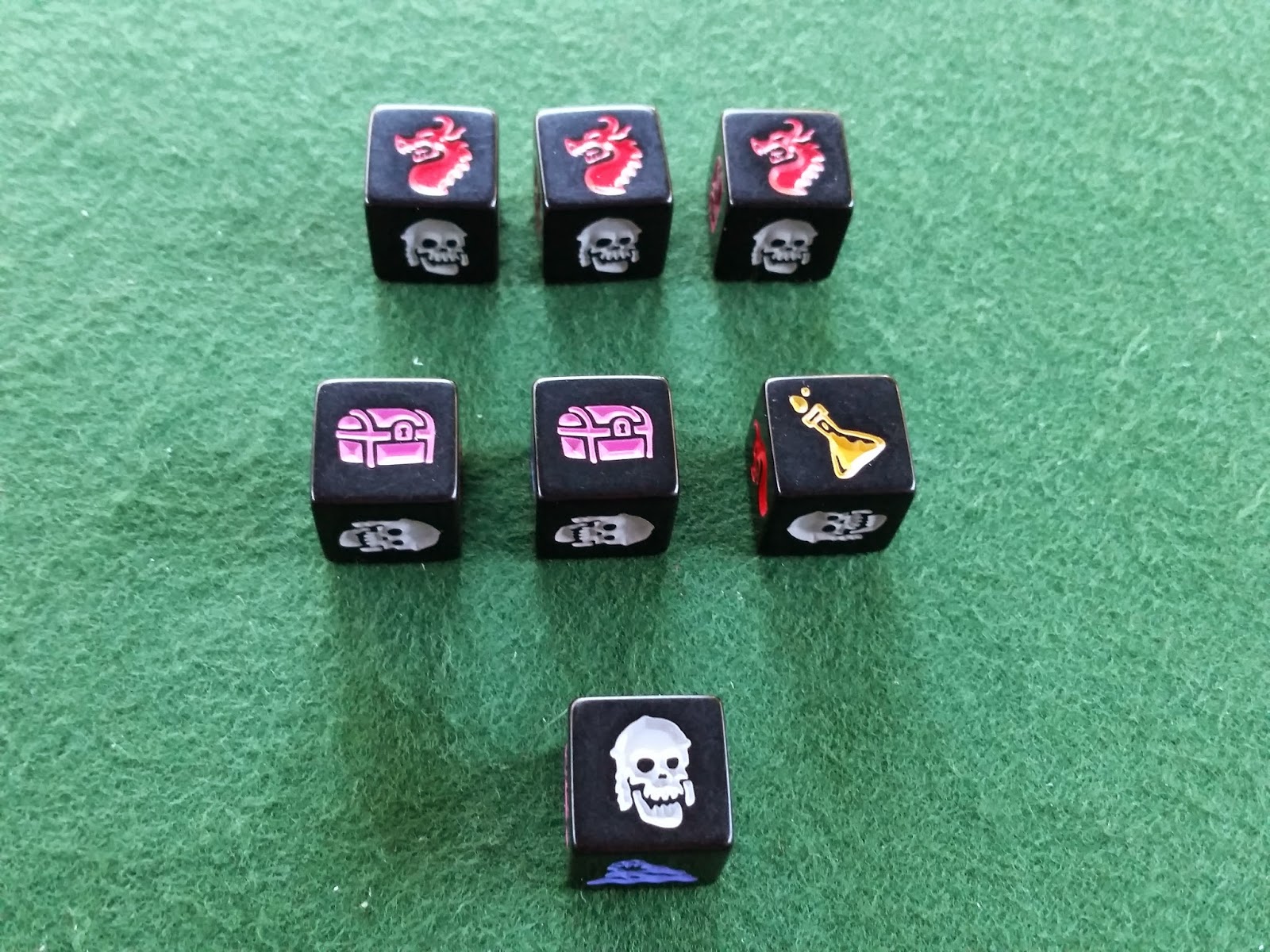 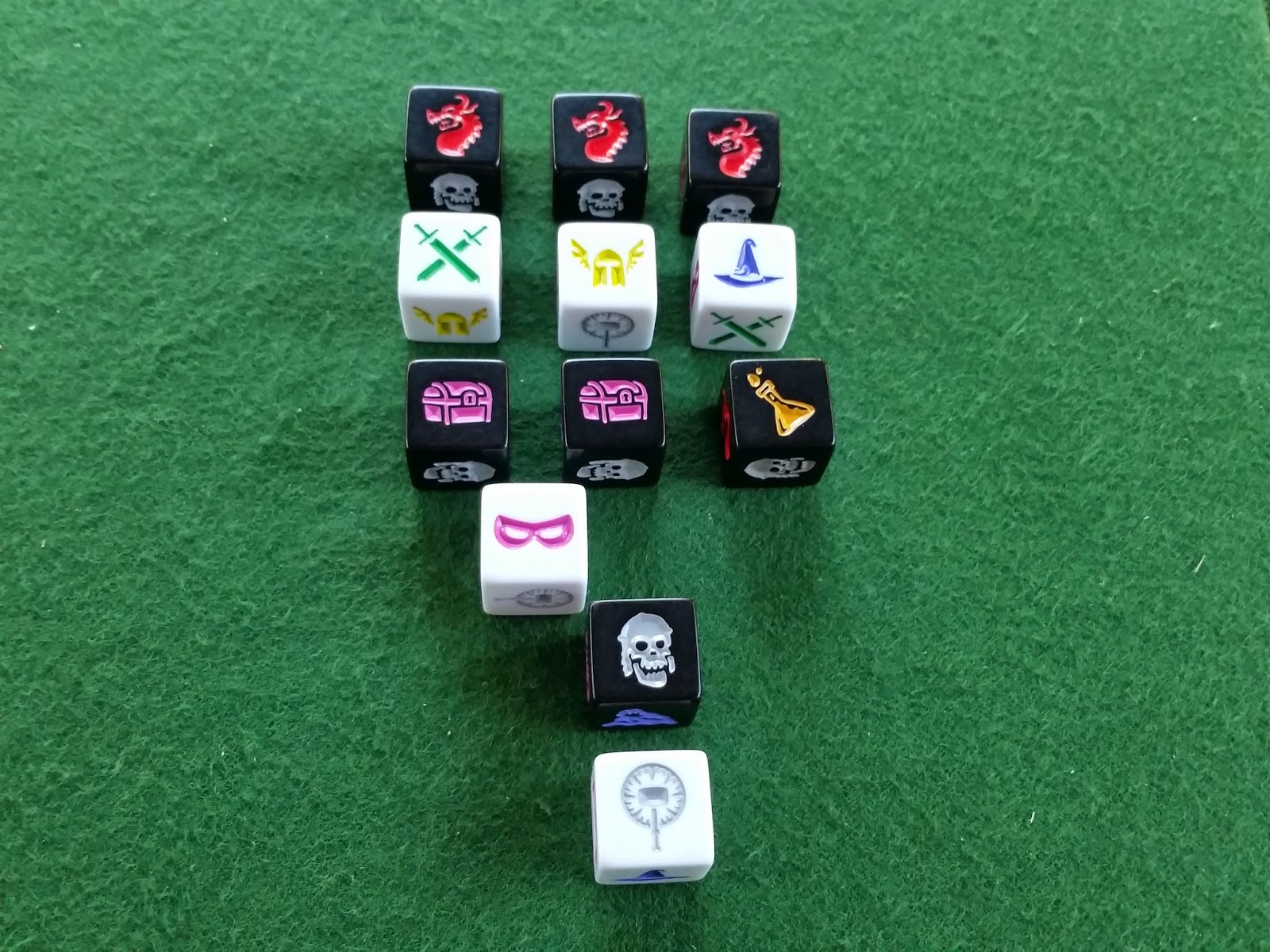 For the 2 Treasure Chests I drew 2 Treasure Tokens from the box and I get a Vorpal Sword, which is a Fighter, and a 2XP Town Portal. I could have used the Vorpal Sword as a Fighter to help defeat the Dragon and saved my Fighter dice. 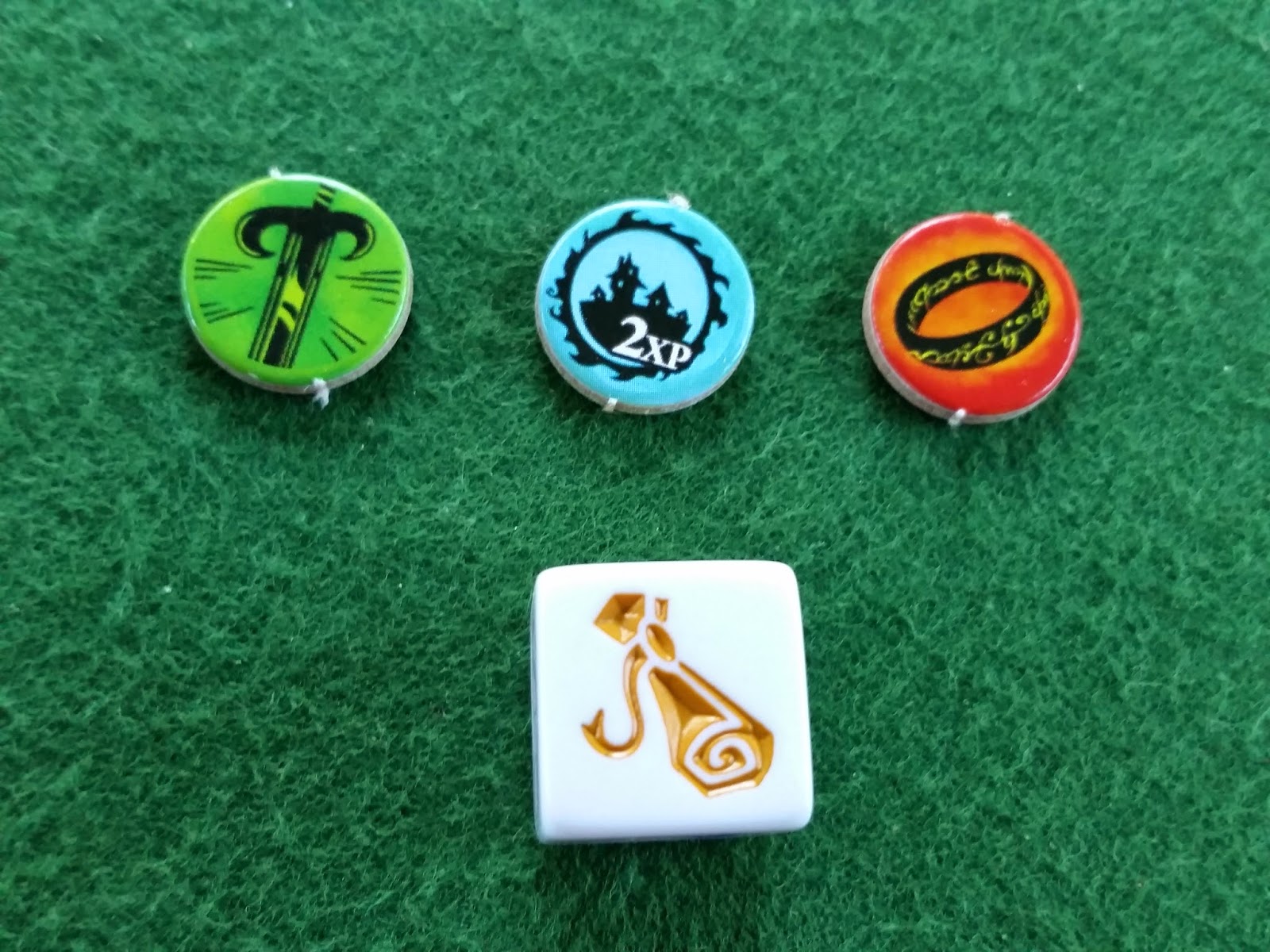 At this point if I decide to continue onto level 8 I would only have a Vorpal Sword and a Scroll, but I would be rolling all 7 dice. It would take an absolute miracle to get past 8 and to move onto 9. I choose not to continue and I will return to town.

Since I reached level 7 of the dungeon I will receive 7 XP; since I have the 2XP Town Portal that doubles and I gain 14 XP. Along with the 1 XP I earned for slaying the dragon I end my first delve with 15 XP. That is a great first delve! I would return the remaining Treasure Tokens back to the box. I can also flip over my Hero Card to the leveled up side, which would be the Necromancer. 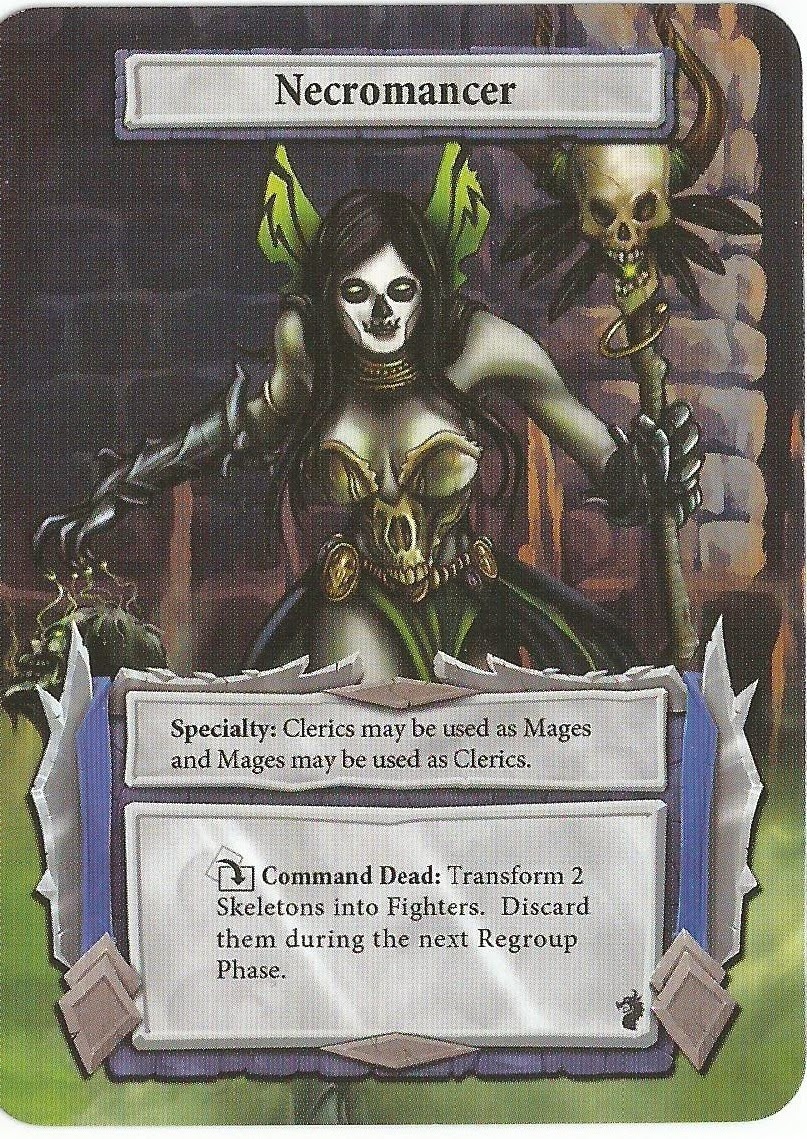 Click here to view an overview of all the components and a review of Dungeon Roll.