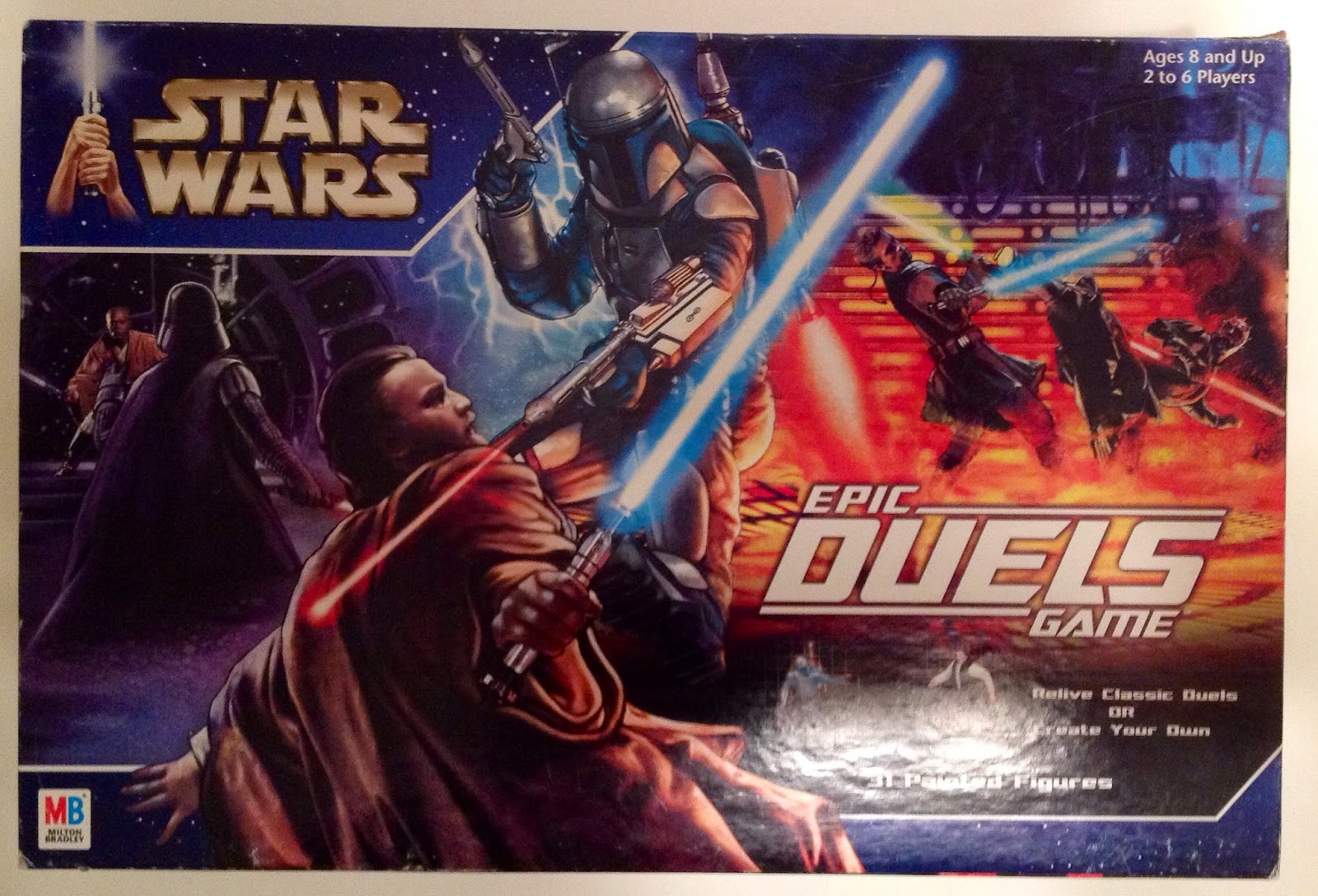 The miniatures are nice and decent quality, but the rest of the components are really not that impressive, at all. The game boards are small and flimsy; I really think that better and larger game boards would have really made this game top notch. The character life cards are good quality and a nice design.
The Design

The artwork is, well it's Star Wars, so it has to be good.The artwork is nice, but not super high quality. It is something you would expect from Milton Bradley. The painted miniatures are roughly 1.5" each and are a nice touch and really put the game above where it would be with just tokens or card board stand-ups. The design and detail on the 4 battle board maps is very nice, the only issue I have with the battle boards is that they are too small. I think this game was be much better with larger battle boards; probably double the size of these.